Are you ready? Do you think you have what it takes? This is not a maybe, this is only for those who know, for a fact, they have what it takes. This is, Meshuggah at Stage AE on Monday, February 28th 2022, with very special guests, Converge, and Torche. The violent, extremists of metal music Meshuggah, a band well known for their innovative musical style and their complex, polymetered song structures and polyrhythms, fancy words for heavy riffs and tortured screams. Buy your tickets now for one of the best extreme underground metal bands, if you think you have it, this is, after all, punch-you-in-the-face aggressive music. 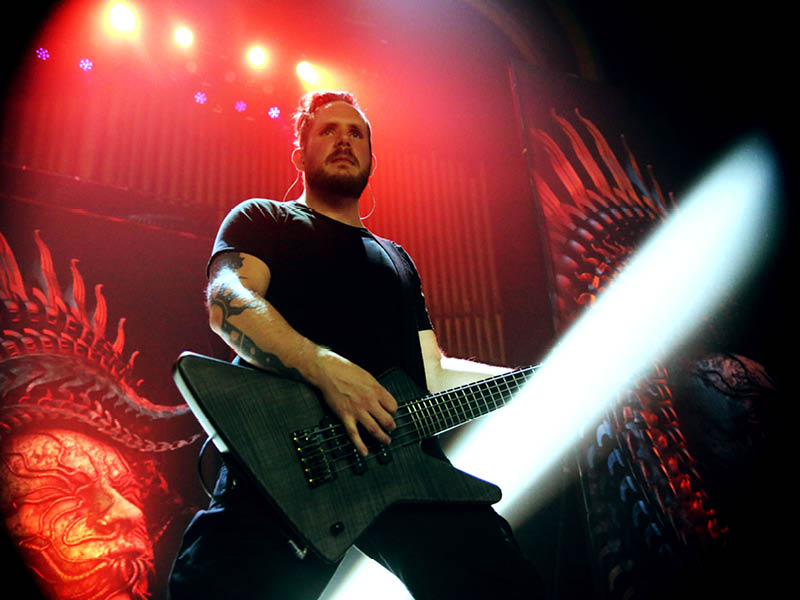 Meshuggah, the Swedish extreme metal band from in Umeå, are lead vocalist Jens Kidman, lead guitarist Fredrik Thordendal, drummer Tomas Haake, rhythm guitarist Mårten Hagström and bassist Dick Lövgren. They have released eight studio albums, and six EPs, their latest offering, The Violent Sleep of Reason, came out in 2016. The album acts as a commentary on terrorism, extremist views on ideals, religious dogma, and the violent implications of "being asleep, so to speak, or not reacting to what's going on in the proper way". This is an unusual album in that it was recorded live in the studio, simultaneously with all members, rather than recording each instrument separately and then layering them in post. According to Haake, "this allowed the band to capture their sound more honestly and to capture the rawness of albums from the late 80s and early 90s that inspired us when we were growing up." Haake elaborated, "But where we recorded live you get to hear the push and pull, one person might be a little ahead and the other might be a little behind. If you kill that, you can kill the energy." The single, "Clockworks" was nominated for a Grammy Award for Best Metal Performance in 2018.