Jazzy pop sensation, Melanie Martinez is coming to Stage AE on Tuesday 15th September 2015! Melanie continues to impress with her unique and quirky vocals. In 2014 she released her debut E.P. including her hit single, "Dollhouse." Whilst appearing on the music competition TV Show, The Voice, Martinez’s performance of "Seven Nation Army" reached #10 on the iTunes Top 200 Single Chart, causing her iTunes votes to be multiplied by ten. Her artistic input caught judges and the population by surprise. Don't miss your chance to see her perform LIVE this fall! 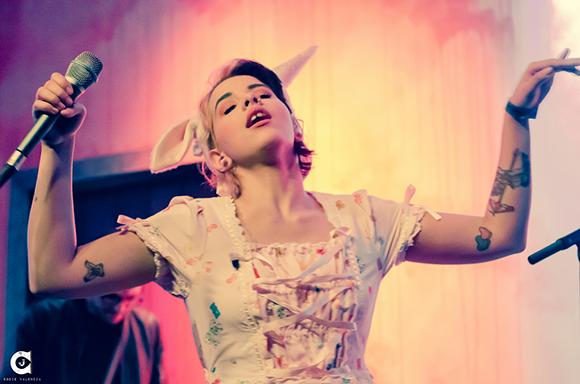