TONIGHT IS THE NIGHT! Macklemore comes to Stage AE on Tuesday 7th November 2017 to bring all his chart topping hits to the live stage! Such as the huge anthem, 'Can't Hold Us' and of course the first one that caught everyone's attention and gave him the mainstream breakthrough, 'Thrift Shop' plus his brand new releases and so much more to blow fans away….

Get ready to put your hands up like the ceiling can't ya'll… tickets are on sale right here, right NOW! This exciting show cannot be missed! 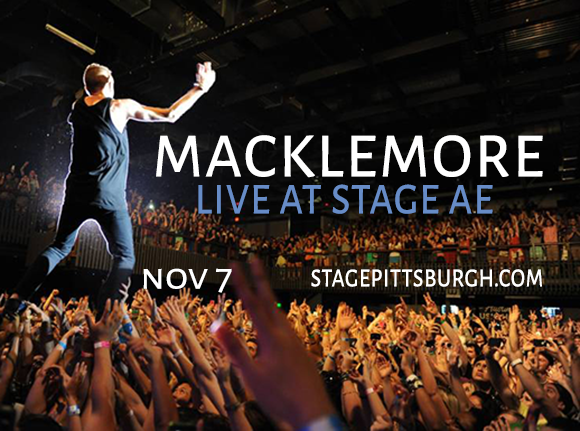 Macklemore exploded onto the music scene in 2013, but was crafting music way before and collaborating with the equally talented producer, Ryan Lewis, together they took over the US and UK especially with their catchy and unique tracks. "Thrift Shop" spoke loudly to all of those around the world who love pop music but with a twist as it reaches out to every young person with a passion for vintage bargains! This unique lyricist gained a big following and paved the way for singles to arrive after! It's hard not to dance to his songs, "Can't Hold Us" of course peaked at number one and Macklemore became one of the first artists since the mid 1990's to smash the top 100 charts without the backing of a Record Label – a move that changed modern music and encouraged many artists to do the same.