Hiphop newcomer and chart toppers – Macklemore & Ryan Lewis are coming to rock Stage AE on Tuesday 14th June 2016! Macklemore is one of the most original current artist on the music scene, his songs are full of energy and uplifting feelings, through an effortless production of string arrangements, plenty of vocals, catchy beats and emotive lyrics that are fitting with the time. "Thrift Shop" hit number one in 2013, "Can't Hold Us" also peaked at number one and the newest "Downtown" is currently on everyone's radios, speakers and headphones. 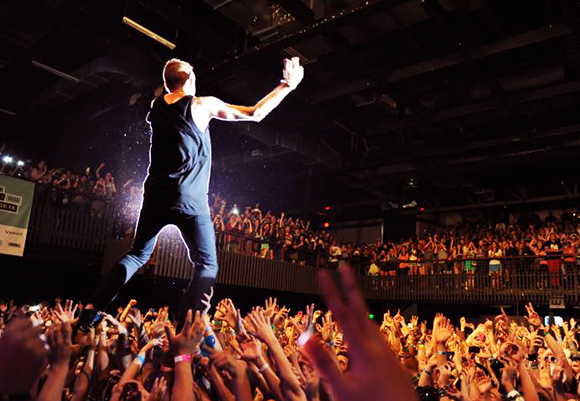 Macklemore is one of the biggest hiphop artists in current chart music, since the early 2000's he begun building up his career from the underground scene, gaining influence from the likes of; Hieroglyphics, Freestyle Fellowship, Aceyalone, Living Legends, Wu-Tang Clan, Mobb Deep, Nas, and Talib Kweli. In 2012, Macklemore broke through onto the mainstream with the huge hit "Thrift Shop," the song had a very playful feel and the music video became viral.

Their second release, "Can't Hold Us" peaked at number one of the Hot 100 Chart. And in 2012 came their debut studio album The Heist which charted at number 2 on the US Billboard 200. 'Can't Hold Us" transformed their career and became the energetic anthem of the year, winning their four Grammy Awards at the 2014 ceremony; Best New Artist, Best Rap Album (The Heist), Best Rap Song and Best Rap Performance ("Thrift Shop"). This year they return with a brand new record that fans are going to love, it features special guests from all different genre's. Get involved!