One of the biggest Electronic jam bands on the scene right now! Lotus are coming to Stage AE on Sunday 31st December 2017! Get ready to catch their incredible set LIVE in concert as they embark on a North American tour, this Winter! Tickets are on sale right NOW but don't delay, as all of their previous shows have proven, they are bound to sell fast… book yours here: 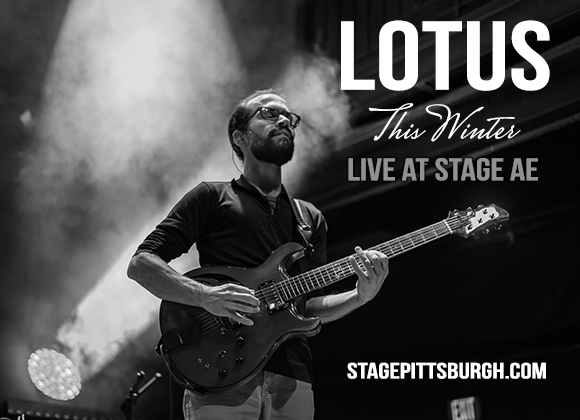 Back with brand new material and all of their greatest songs so far, along with plenty of improvisation.. get ready for LOTUS and their 2017 Winter tour as they hit the road to bring their fans another unforgettable show!!

"First things first, Lotus is a special band. They were one of the first bands I was seeing when I was first getting into the jam scene back in the day in Atlanta – and they’ve been going long before that: Lotus has been getting after it since 1999, when the original members formed at Goshen College in Indiana. Comprised of two guitarists, drums, and a bass+DJ combo, they epitomize the classic sounds of jam for me, and many consider them serious pioneers in bringing jamtronica to the masses."