The Indie pop music movement is such a vibrant collective in this part of town. As soon as word got around that one of its indie pop music heroes — the Local Natives, is back on the road for an extensive tour, fans waited with bated breath, wishing, hoping, and praying that they'd stop by. You can now breathe, shout, and let it all out. The Local Natives are coming to town! Pin this venue and mark this date: Stage AE, Saturday 1st June 2019. Just make sure you've got your tickets on hand before the show, as this crowd favorite can quickly move tickets in a blink of an eye. Book your tickets now! 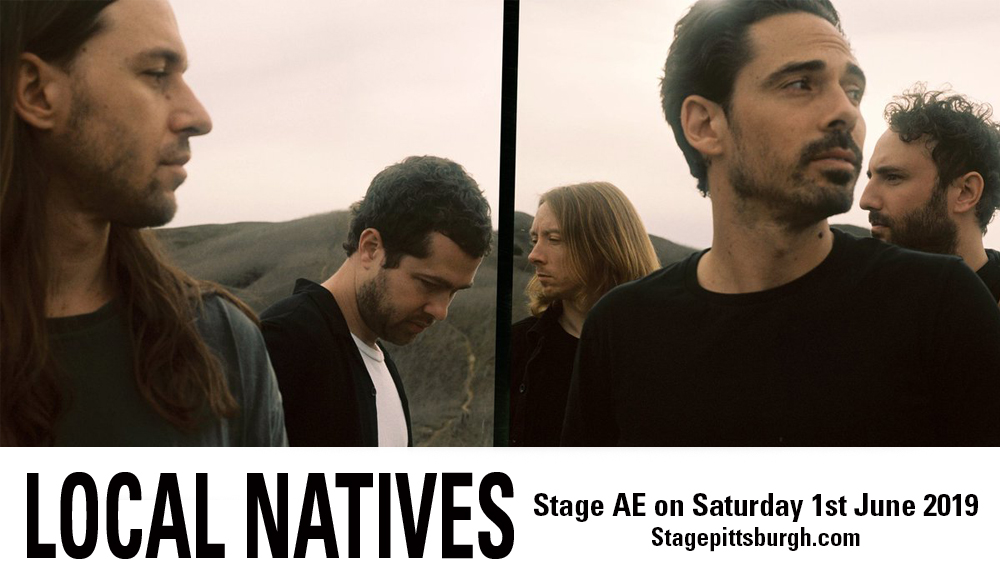 From sunny Orange County, California three aspiring musicians, namely, Kelcey Ayer, Taylor Rice and Ryan Hahn, founded this band straight out of college at the UCLA. Along with additional recruits, they christened themselves the Local Natives. "Gorilla Manor", released in 2009, was the debut album that helped them gain traction in the burgeoning indie scene in L.A. As their fanbase was starting to build up, they immersed themselves in tours, gigs, where they started getting slots in top-tier venues, music festivals, and major clubs. They also embarked on a massive North American and European tour, which enabled them to garner a more solid following in many parts of the world. They also made time to carry on with studio recording work, which so far, enabled them to release three studio albums: "Gorilla Manor" (2009), "Hummingbird" (2013) and "Sunlit Youth" (2016). Considered as both music press darlings and fan favorites, Local Natives definitively have definitely grown their bases in leaps and bounds. Take this exciting opportunity and catch them live. Their indie-pop musings and exhilarating energy is definitely worth spending your weekend on.