An artist who performs by singing and dancing is great. But an artist who performs by dancing and playing the violin is tremendously awesome! Such is the phenomenal and prodigious talent of Lindsey Stirling. Compelling. Engaging. Stirring..Stirling's music is moving, and her showmanship is a jaw-dropping experience. If you've been blown-away by her music videos, wait till you see her live in the flesh. Act fast, as tickets are swiftly moving out the shelves. Make sure you catch one while you can; get your tickets now! 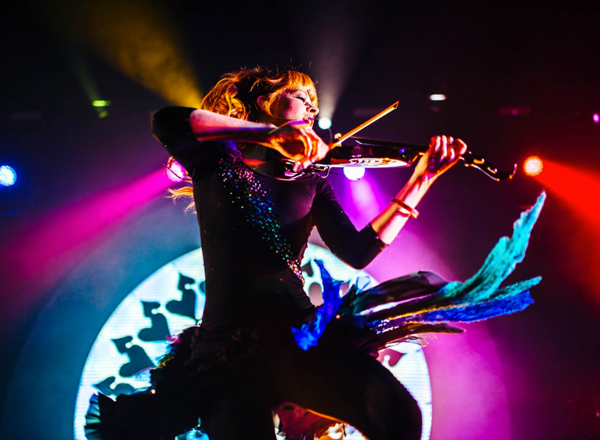 Even though Lindsey Stirling did not quite make it as 'the most talented' in season five of America's Got Talent, Stirling definitely got eyes glued on her, and hearts moved by her superb and eclectic talent and showmanship as violinist, dancer, performance artist, singer and composer. After her stint at America's Got Talent, cinematographer Devin Graham helped lauched her career through music videos. The video "Crystallize" finished as the eighth-most watched video of 2012; she also bagged the Response of the Year in the first YouTube Music Awards in 2013 for her cover of "Radioactive" with Pentatonix. To date she has over 7 million YouTube subsribers and accumulated of a billion in total views. Forbes magazine has also listed her as part of the '30 Under 30 In Music: The Class Of 2015'.