Metalers Lamb Of God and Anthrax are joining their forces and are coming to rock Stage AE on Friday 15th January 2016! In support of new LP VII: Sturm Und Drang, Lamb of God have been traveling North America and will extend their dates into 2016! Giving fans another chance to see them LIVE, with an extra special added addition of thrash band, Anthrax! Don't miss out on this masterful show, the energy is bound to be extreme! 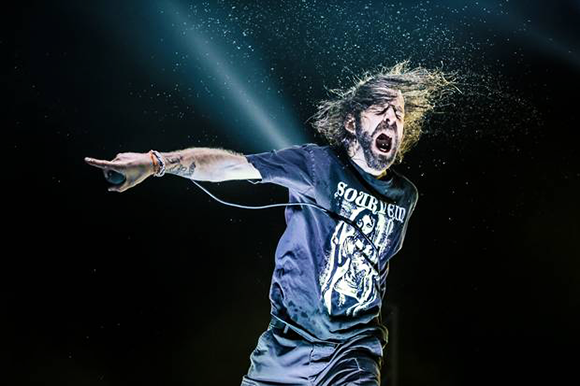 Lamb of God are arguably one of the most consistent heavy Metal bands to come out of the late 1990's. As well as one of the biggest acts under the New Wave of American metal music.
With the mastermind of producer Devin Townsend behind them, Lamb of God were able to smash out albums "As the Palaces Burn", in summer 2003 and then the following year with their 4th record "Ashes of the Wake" produced by Machine. The album was a huge success and rocketed Lamb Of God's for the good… they raised the game from heroes of the underground to contenders for the new American metal throne.

Since their formation, Lamb of God have released an incredible eight studio albums, one live album, one compilation album and three DVDs, gaining them Grammy Award recognition and nominations throughout their career. Lamb of God are a festival favorite, with their regular appearances at Download Festival and Sonisphere Festival in the UK, Soundwave Festival, Mayhem Festival 2010 and Gigantour. And their groundbreaking tour from 2008 to 2010 as part of Metallica's World Magnetic.