One of pop music's hottest new sensations, King Princess comes to Stage AE on Saturday 8th February 2020! This year, the queer-pop-icon-in-the-making has already duetted with Fiona Apple and stormed festival stages at Lollapalooza, Coachella and Glastonbury, and now she's releasing her eagerly awaited debut album, Cheap Queen! Expect big things from this insanely talented singer-songwriter – she will blow you away live! 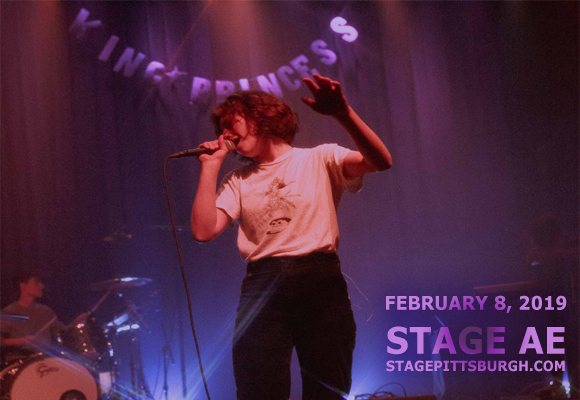 Hailing from New York City, American singer-songwriter, multi-instrumentalist and producer King Princess was the first artist to sign to Mark Ronson's Zelig Records, an imprint of Columbia Records. She first made waves in the pop scene in 2018 with the release of her debut single "1950", which was certified gold in the United States and Canada, and double-platinum in Australia, where it peaked at number 25 on the ARIA Charts. The single preceded her debut EP, Make My Bed, which was released in June 2018 and also contained the single "Talia". In January 2019, she collaborated with Fiona Apple on a cover of Apple's song "I Know". Her debut studio album, Cheap Queen, will be released later this year.