It's the news that we've all been waiting for Kid Cudi has announced the rescheduling of his 'Especial' tour that was due to take place last year. 2016 brings the main man himself back on the road and to Stage AE on Friday 5th February 2016! Get ready for the night of your life as Kid Cudi brings a live energy like no other, feel the bass through your feet and dance til dawn to his off the chain anthems! Book your tickets before they fly as this once in a lifetime opportunity hits the Pittsburgh area! 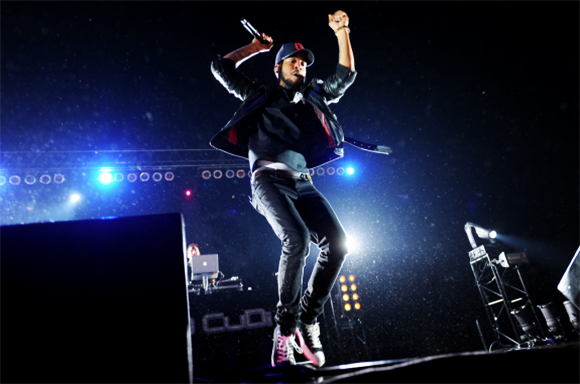 Kid Cudi is known for his originality within the hiphop scene, with his biggest single back in 2008, Day N Nite, he has since sold over 5.2 million digital singles and has worked with several prominent artists in the music industry, such as Jay-Z, Mary J. Blige, David Guetta, MGMT, Shakira, Snoop Dogg and Michael Bolton, among others!

Back in 2008, Kid Cudi released his first mixtape titled 'A Kid Named Cudi', which was picked up by world-wide phenomenon rapper/producer Kanye West! His interest sparked his career into gold, by signing him to his GOOD Music label.

Since then, Kid Cudi has performed at many of the biggest hiphop nights across America and globally, building up a solid fan base that are dedicated to the booming bass scene. Kid Cudi will get you up on your feet and jumping til dawn, his music transforms any club into the only place to be.