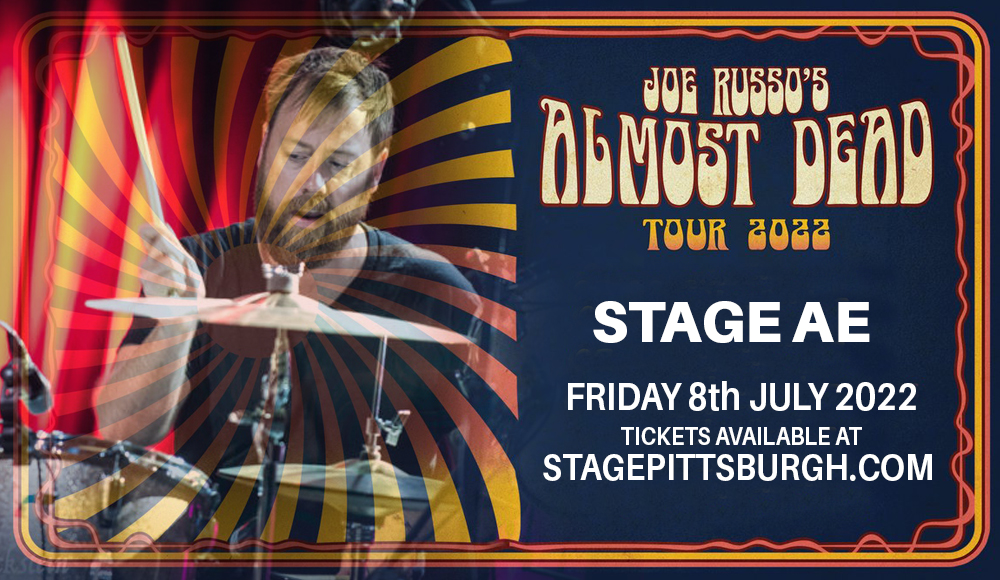 Brought to life in 2013, Joe Russo's Almost Dead became an instantaneous hit after their first show at the Brooklyn Bowl in New York on the Freaks Ball XIII's second night. 2014 onwards, the tribute band started playing more shows, increasingly making waves in the next few years as one of the best Grateful Dead tribute acts.

Members who keep the legends' music alive in stages across the country are Joe Russo, Dave Dreiwitz, Marco Benevento, Scott Metzger, and Tom Hamilton. Together, they reimagine Grateful Dead's legendary music, incorporating a progressive rock or fusion twist to their live performances. This caught the eyes and ears of audiences nationwide that marked Joe Russo's Almost Dead's edge as a Grateful Dead tribute.

Every show is full of surprises as the band covers tracks from Grateful Dead's massive catalog. Joe Russo's Almost Dead kicks off their show in unison, flexing their soaring vocals as they deliver their signature exploratory and unique improvisations together with energy-driving guitar solos.

Joe Russo's Almost Dead is set to take fans back to the late 60s to 80s through Grateful Dead's legendary tracks reimagined with an alluring touch by the tribute act's talent. Take a trip down memory lane with crowd-favorites that may include "Truckin'", "Ripple", "Touch of Grey", "Good Lovin'", and many more.

So, don't miss out on this chance to take a trip back to the good ol' legendary days with Grateful Dead's music brought back to life with a twist by Joe Russo's Almost Dead. Book your tickets now!