I Prevail, The Word Alive, We Came As Romans & Escape The Fate Tickets

Rock fans get ready for a night that is jam packed with hard hitting acts; I Prevail, The Word Alive, We Came As Romans & Escape The Fate comes to Stage AE on Tuesday 28th November 2017! I Prevail are bringing a headline show around the stages of North America! With their latest singles they have proven to be worthy of their status, "Alone" smashed the charts in the top 5 on the 2016 album, Lifelines.

Book your tickets today as they showcase all of this plus more of their career so far – it's going to be a huge event!

“We designed this tour based on the great shows that we saw when we were kids. We wanted it to have as many of the great moments as we could and hope the fans will have as much fun as we’re going to have on stage.” 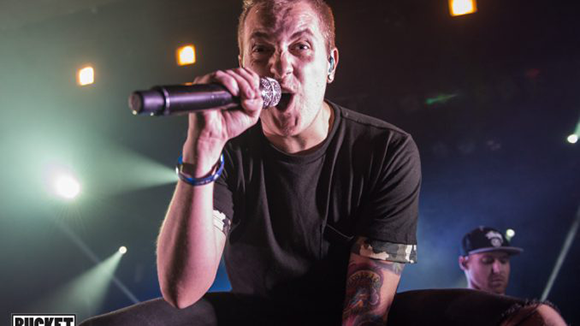 American rockers, I Prevail have been taking the world by storm since their very first debut in 2013. With the release of their EP "Heart Vs. Mind" and their following cover of Taylor Swift's "Blank Space" together these moves pushed them into the limelight and gave them a feature on Fearless Records. Since then they have been non stop touring on all of the Rock festivals and supporting big acts along the way, gaining them a dedicated fan following where-ever they go. Now in 2017, they have reached headline material and are more than capable to give the biggest show of their career so far!