Heilung comes to Stage AE on Tuesday 30th August 2022 as part of its upcoming North American Tour. The first event will be held in Atlanta on 26th August, and the tour will conclude in Dallas on 1st October. This comes off their massive success at the Red Rocks, Denver, this October. The venue was sold out, with not a single seat in the house, and their magical performance was nothing short of brilliant. After the event, the band released a comment saying how they were grateful for the reception and would be back with a 2022 tour. If you want to capture the Heilung experience live, you need to get your tickets right now before they are gone! 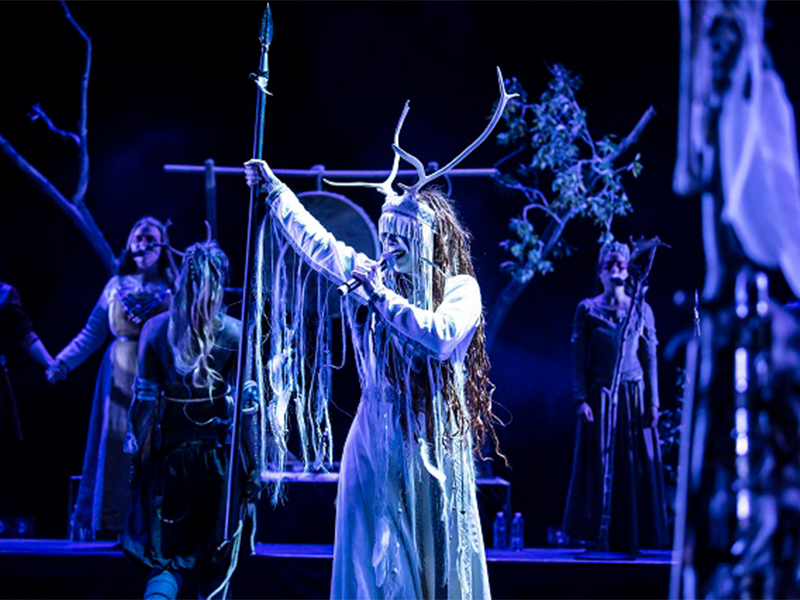 You cannot put it down as a performance or a concert, Heilung’s act is simply a ritual ceremony that connects the audience to elements of nature through music, mysticism and dance. As an experimental folk band, it includes members from Norway, Germany and Denmark. They base their music on various text inscriptions from old ages such as the Bronze, Iron, and Viking. They refer to their work as history from early medieval times in Northern Europe. The band’s name translates to “Healing” in English.
They have had some unprecedented success over the recent years. Their 2019 release, “Futha”, debuted at number three on the Billboard Heatseekers charts and number four on Billboard World Music charts, and it featured on seven billboard charts within the first week of release. Their music has already been featured on the hit TV show “Vikings” and it was used for the trailer of Game of Throne’s final season. The aura, atmosphere, and environment they create around their events is unbeatable. It is truly one of the most unique concert experiences that one can ever go through. If you want to experience it yourself, get your tickets right now before they are sold out!