Time to hit the pit metalcore fans! Hatebreed's 25th-anniversary tour is now on a roll. The band is taking their signature breed of metal fervor and fury to the Stage AE on Friday, 12th April 2019. It's a night guitar smashing, drum crashing, bass pounding, throat-ripping, head-banging, sweat-dripping, and eardrums splitting melee as no one has ever done never before! As the intensity builds-up, fans are making a mad dash for tickets, which are said to be selling at rapid speeds as of this writing. If you hate the feeling of missing out, act quickly and book your tickets now!019 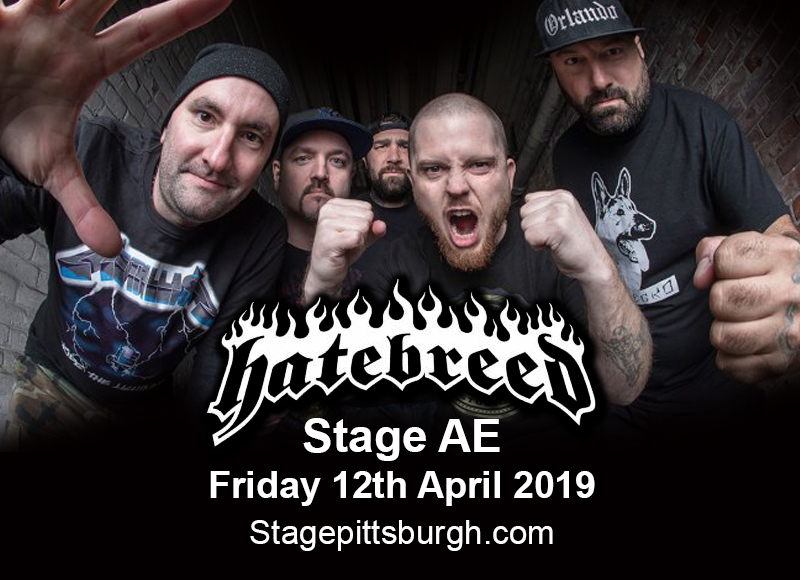 "I can't believe it's been 25 years already. " We're excited to bring out this massive tour package with some of our favorite bands. Every band on this bill is a headliner in their own right. The show will be run festival-style with bands you don't want to miss playing early. Activate the pit!" – HATEBREED frontman Jamey Jasta.

"Looking forward to this one — 25 years of HATEBREED… Come celebrate the entire catalog with us!," said HATEBREED guitarist Frank Novinec.

"All killer, no filler here," said HATEBREED drummer Matt Byrne. "Celebrating 25 years is a big accomplishment for any band. "

The band members are insanely excited, so you'd definitely hate yourself if you'd pass up on this. Go and grab this hot ticket now!