Freaks, let's do this. Halestorm, Stone Temple Pilots & Black Stone Cherry are gonna kick in the stage at Stage AE on Tuesday, May 17th 2022. This is a rock show for the people, Halestorm are back from their short stop over in Europe, and they have brought their brand-new album, Back From The Dead, home with them, Due out on May 6th, only days before this show! Oh, this is going to be epic, You will be in the very first to hear it all live! Grab some tickets and get ready to ROCK! 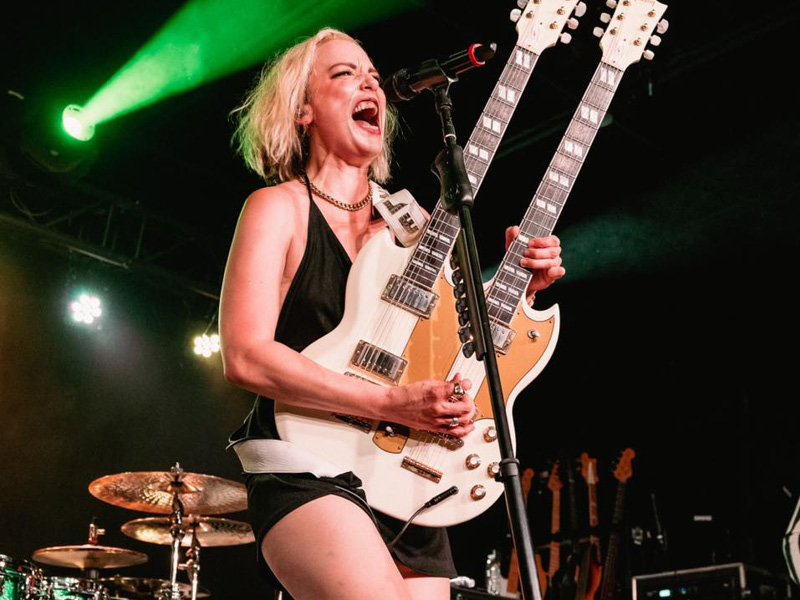 The first single, “The Steeple”, is out now, so you can get a sneak preview. “We started writing for this album about 3 months B.C. (Before Covid). After lockdown hit, the songs we were writing, seemed unimportant now that we were facing an uncertain future. During this time, I fell into a dark place and something of an identity crisis. After all, who am I without the touring, lives shows and this intangible magic that is my existence, my purpose?” Said lead singer, Lzzy Hale. “This album is the story of how I carved myself out of that darkness. It is a journey of navigating my mental health, debauchery, survival, redemption, rediscovery of my power, and somehow still having faith in humanity. I’m so grateful for this amazing community that gathers under the power of music. I know that so many of you will see yourselves in these songs, and be reminded that none of us are alone. So, Burn every fear, every doubt like a funeral fire. Scream every anthem and follow your reckless desires. Take back the crown that hangs at the gate, ready your march…steady your aim, for the heart is a soldier that never loses its way. Raise Your Horns.”

Hailing from Red Lion, Pennsylvania, Halestorm is known for their non-stop touring and big-voiced lead vocalist Lzzy Hale. Their second full-length “The Strange Case Of…”, was released in April 2012, and earned positive critical and commercial responses. The album’s lead single “Love Bites… (So Do I)” later won a Grammy for Best Hard Rock Performance, and they became the first female-fronted band to do so, subsequently the single "Freak Like Me" topped the Billboard Hot Mainstream Rock Tracks Chart. The band's fourth album, Vicious from 2018, debuted at number 8 on the Billboard 200, becoming their second top 10 record, and second number 1 album on the Rock Albums chart.