Ready..HAIM…this trio of sisters can definitely fire-up the stage with their well-crafted pop tunes chiselled with rock trimmings and edges. They started to shake things up in their side of town, but word, or rather great music spreads fast, as they have been getting attention from record labels, international press, festivals and the live touring circuit. Catch them while you can, get your tickets now! 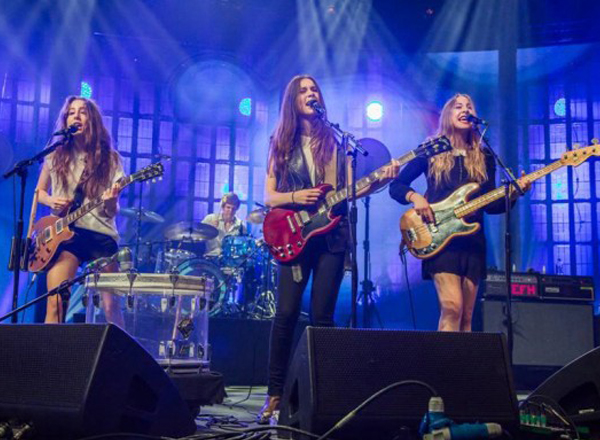 'Three sisters and a mister', is how they loosely describe themselves. HAIM is mainly composed of sisters Este, Danielle and Alana Haim, along with drummer Dash Hutton. Their rock sensibilities are often compared to Fleetwood Mac, but HAIM admits to be influenced by 90s R&B acts such as Destiny's Child, Beyonce, in particular. The group's first release was an EP entitled "Forever", which led to a record deal with Polygram Records. It was followed by the release of an album titled "Days Are Gone". The album charted and landed at the top ten in several countries, including the number one-spot in the UK. The group also bagged several "best of" awards by the end of 2013, including a Grammy nomination for Best New Artist at the 57th Annual Grammy Awards.