Are you ready to see one – or, perhaps, two – of the best-loved faces in country?? Get ready for Granger Smith and his much-loved alter ego Earl Dibbles Jr, performing at the Stage AE on Friday 10th March 2017!! Don't miss out on this amazing show – grab those tickets quick, as this concert is bound to sell out fast!! 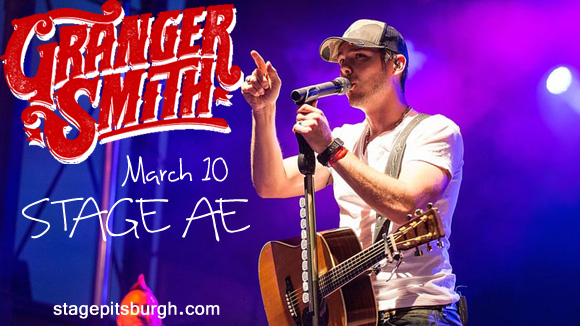 Granger Smith will be touring in support of his much-anticipated 2016 major-label debut, “Remington,” released to huge commercial success, selling out 24,000 copies in its first week and hitting third place on the Top Country Albums chart!! Like his previous release, the album mostly features tracks by Smith, with a couple extra signed off as his comedic persona, Earl Dibbles Jr. Originally a joke character created for fun in a non-music related video whilst Smith was hanging out with his brothers, the video of the character – an exaggerated Texan accent with overalls, chewing tobacco and shouting “Yee yee!” – went viral on YouTube. Taking full advantage of the situation, Granger Smith wrote some songs in-character, causing his views to skyrocket to millions!!

Speaking about the character, Smith said; “I believe the first [YouTube video my brothers and I] ever came out with was a video called 'Freddy's Enchiladas.' It was a character named Freddy. And Earl was another one down this pipeline of, 'Let's make a funny video that has nothing to do with music.' Earl did exactly what we always wanted — it went viral… which was great for me, because it was so easy to become Earl — I've got family members that are exactly like him. So it was easy to slip into that character."

Don't miss out on your chance to catch this artist and his hilarious alter ego live – book your tickets today!!