Fans of metal, be it progressive, death or groove, get ready for the sickest show of your lives!! Grammy-nominated Gojira are coming to the Stage AE on Wednesday 17th May 2017. They bring with them support from the incredible Deafheaven and amazing Code Orange – this is a lineup NOT to be missed!! Don't miss out – click the “Buy Tickets,” button above to get yours today!! But better hurry – they won't last long!! 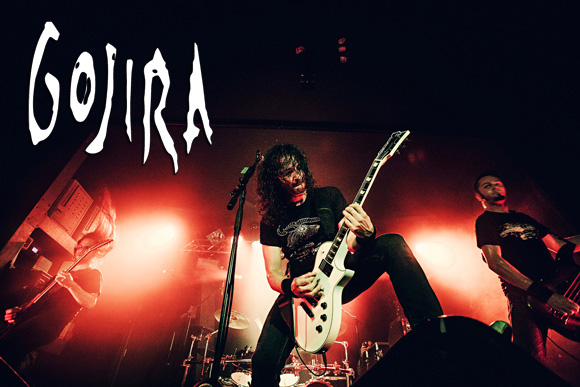 Originally formed in 1996 as Godzilla, Gojira are a death metal band hailing from Bayonne, France. In the first few years of their career, Gojira have gone swiftly from relative obscurity to being placed "amongst the genre's leading new millennium upstarts," and remain a powerful influential force on the progressive metal scene today. Their most recent album, “Magma,” was released to immense critical acclaim, receiving Grammy nominations for Best Rock album, and Best Metal Performance for the “Silvera” single.

Opening the show are Deafhaven and Code Orange. Described by Rolling Stone as a "boundary-pushing blend of black metal, shoegaze and post-rock" Deafhaven saw their beginnings inSan Fransisco as a two-piece. They expanded and started to tour after self-releasing their first demo, promptly signing to Deathwish Inc. in 2010, the same year as their formation, and releasing their first album just a year later!! Their second, “Sunbather,” was released to a massive positive reception from audiences and critics, becoming one of the most highly praised albums in the US of 2013!!!

Labelmates Code Orange, natives to Pittsburgh, Pennsylvania, will be promoting their fresh new album “Forever,” released earlier this year. They'll kick off the show with their unique sound, combining metalcore with hardcore punk to really shake things up!!

What are you waiting for??? Grab those tickets NOW before they disappear and get ready for the best night of your lives!!