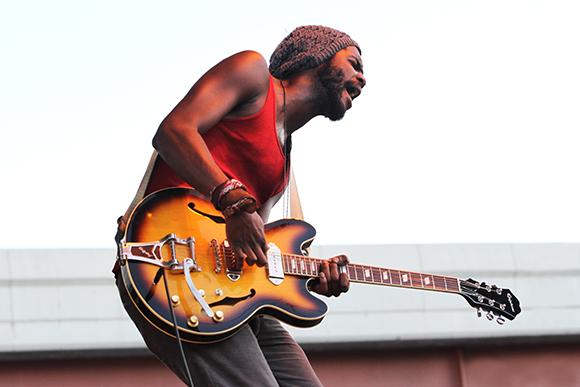 Virtuoso guitarist and singer songwriter Gary Clark Jr. started playing at the tender age of 12. Hailing from Austin, Texas, he was helped along his musical path by promoter Clifford Antone, proprietor of the Austin music club Antone's, who introduced him to music legend Jimmy Vaughn, with whom he performed. Clark's debut major label release, The Bright Lights EP, was warmly received, building huge popularity for the man who has found fans in Barack Obama, Keith Richards, Alicia Keys and Beyoncé, to name a few. His third studio album, The Story of Sonny Boy Slim, was released in September 2015.