Internationally renowned producer Flume comes to Stage AE on Tuesday 23rd August 2016 for a night of unbeatable experimental electronica that will blow your mind! The Aussie star is on the rise and embarking on a mammoth world tour in support of his upcoming album Skin, which features collaborations with Beck, Raekwon, Vince Staples, Vic Mensa, Little Dragon, AlunaGeorge, Allan Kingdom, and more! Don't miss this incredible show! 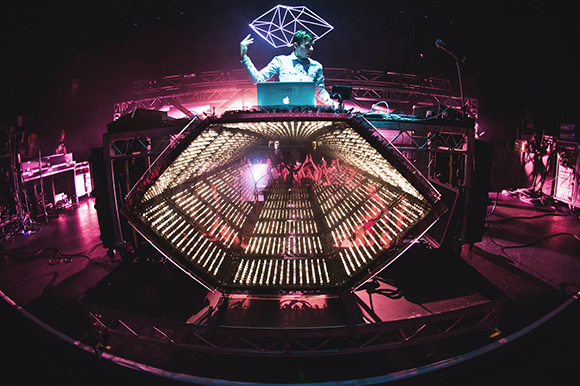 Australian electronic music producer Flume started producing house music in 2010 under the name HEDS (his initials). Having released two original tracks and several remixes, in 2011 he caught the attention of Nathan McLay, founder of Future Classic, through an original artists competition managed by the Australian record company. McLay went on to become Flume's manager and he signed to the label, releasing his first EP, Sleepless, that year. Flume's self-titled debut album was released on 9 November 2012 in Australia to favourable reviews, reaching number one on the Australian iTunes charts and debuting on the ARIA Albums Chart at number 2, and in 2013 it was released in North America with Mom + Pop Music. The album and its lead single, "Holdin On", provided Flume with four wins and four nominations at the ARIA Music Awards of 2013, including Best Male Artist, Breakthrough Artist – Release, Best Dance Release, and Producer of the Year. His forthcoming sophomore album, Skin, is slated for release in 2016.