Coming to Stage AE on Thursday 9th May 2019, Falling In Reverse will be unleashing their Episode III Tour! The hotly anticipated tour sees the post-hardcore rockers performing brand new material from their upcoming release (title as yet unknown) and will be supported by metalcore outfit Ice Nine Kills, hard rockers From Ashes To New and California rockers New Years Day! 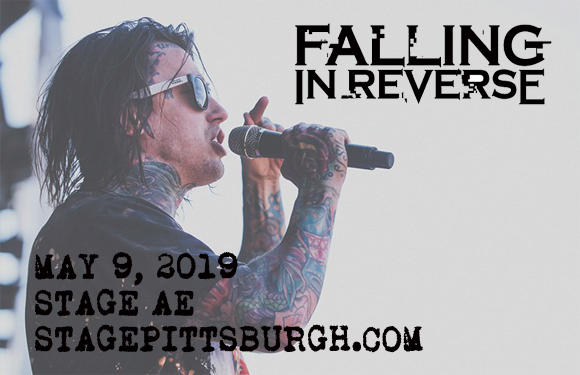 Formed in 2008 in Las Vegas, Nevada, Falling In Reverse is an American rock band signed to Epitaph Records. The group's debut album, The Drug in Me Is You, was released in 2011 and peaked at No. 19 on the Billboard 200, selling 18,000 copies in its first week. Their follow-up, 2013's Fashionably Late, did similarly well, peaking at No. 17. The band has released four studio albums to date, including their most recent, Coming Home (2017). Falling In Reverse currently consists of  vocalist Ronnie Radke alongside rhythm guitarist Derek Jones, keyboardist Zakk Sandler, bassist Tyler Burgess and lead guitarist Max Georgiev.