Exciting announcement! Falling In Reverse is hitting the Stage AE on Wednesday 1st February 2017! If you're a fan of post hardcore, metalcore, you'll go wildly excited over Falling In Reverse. Then whatever you do, don't miss it – tickets are bound to sell fast so get yours while you can! 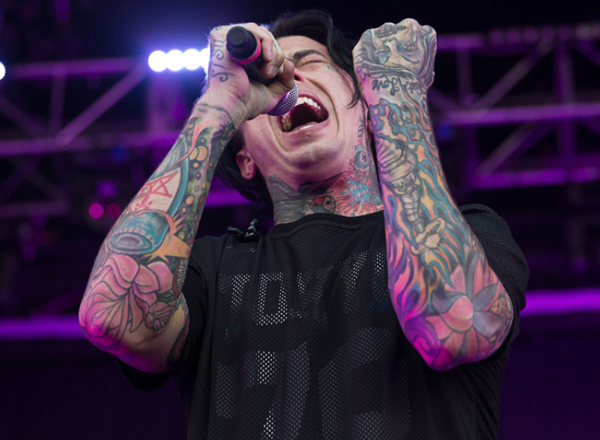 Ex-Escape The Fate frontman Ronnie Radke formed "Falling In Reverse" while serving a prison sentence for his involvement in a shooting incident. Radke wasted no time during his incarceration. Prison visiting hours were spent meeting with former bandmates and new band recruits; while the rest of his days and hours were dedicated to songwriting. As soon as he was set free in December 2010, Radke broke out (no pun intended) by officially unleashing his newly formed band "Falling In Reverse", launched their album in July the following year, which charted at number 19 on Billboard 200. Since then, "Falling In Reverse has been touring extensively, in support of their unbroken string of hits which include "I'm Not a Vampire," "Bad Girls Club," "Alone," "God, If You Are Above," "Pick Up the Phone," "Raised by Wolves," and many more!