First came the X Tour, then The Executioner, now Canadian dubstep sensation Excision returns with his biggest, most exciting show ever: The Paradox! The heavy hitting DJ and Producer comes to Stage AE on Thursday 3rd March with support from Figure and Bear Grillz!

“I felt that we had done everything we could do with the Executioner,” he says. “Rather than do the same show for a fourth year it was time for something new… Over the last few years we've been tracking all of the things we wished the Executioner stage could do, and we've rolled every one of them into the Paradox.” 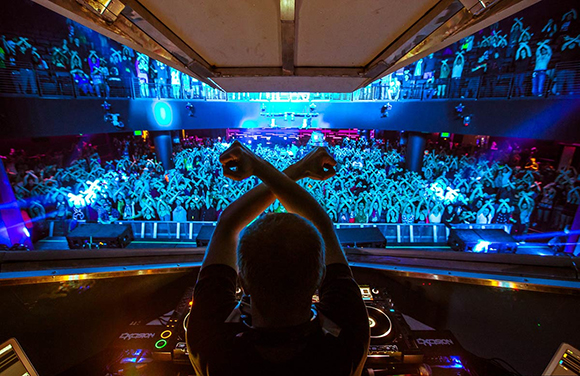 Canadian dubstep DJ and producer Jeff Abel is known under the moniker of Excision. Active since 2004, Excision's first release “No Escape” came in 2007 on his own label Rottun Recordings. A regular collaborator with fellow Canadian dubstep producers Datsik and Downlink, Excision was one of the first dubstep producers in North America, paving the way for the genre's success and the popularity of aggressive dubstep production. To date, Excision has released 5 Eps, 2 studio albums and a remix album.