Fans of alt-rock and post grunge, take heed. Everclear, together with incredible support from Vertical Horizon & Fastball will headline the Stage AE on Thursday 1st June 2017!! Get your tickets fast as they’re going to sell out quick – hit the “Buy Tickets,” button above to get yours today! 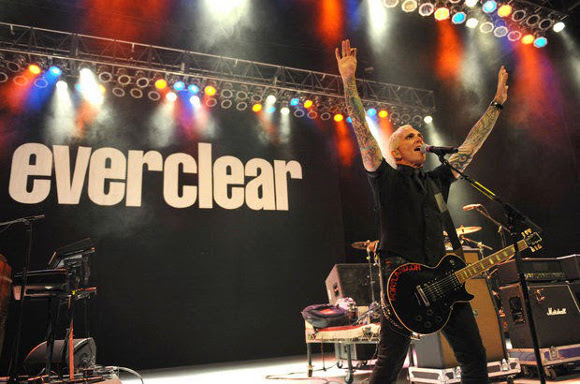 Formed in Portland, Oregon, in 1991, Everclear rose to massive popularity with their first three albums; “Sparkle and Fade,” “So Much for the Afterglow”, and “Songs from an American Movie Vol. One: Learning How to Smile”, between 1994 and 2001. Every single one of these albums was a huge critical and commercial platinum-certified success!! Now, after a hiatus and a few lineup changes, the band are back, promoting their much-anticipated 2015 album “Black Is The New Black.”

In support are pop-rockers Vertical Horizon. Coming together at Georgetown University in Washington, D.C. in 1991, the band wowed listeners with their 1999 album “Everything You Want,” featuring the hits "Best I Ever Had (Grey Sky Morning)." "Everything You Want,” and "You're a God”. Opening the show, we present the amazing Texan-hailing rockers, Fastball. Signed to Hollywood Records, they are best known for their mindblowingly well-received album “All the Pain Money Can Buy,” which was certified platinum within a mere 6 weeks of its release, and stayed on the Billboard 200 charts for a YEAR!! They’ve been nominated for and won many awards, including two Grammy Awards and five Austin Chronicle awards.

Don’t miss out on your chance to see these three amazing bands live – get your tickets NOW!!