Grammy-nominated hip hop duo EarthGang is going on tour this Spring! The rap wunderkinders are currently promoting their latest album, Ghetto Gods, and taking it across North America through their 35-city run entitled, Biodeghettable. The tour will stop in all the major cities, including Pittsburgh, Pennsylvania! On Sunday, 15th May 2022, EarthGang will bring the house down at Stage AE. The dynamic duo is set to perform their hit singles, including “American Horror Story,” “Amen,” and select songs from their discography. And to make this event even more off the hook, EarthGang is bringing some special guests, Mike Dimes and Pigeon & Planes! So drip it up and ride your way to Stage AE and see these incredible hip hop artists knock it out on stage! 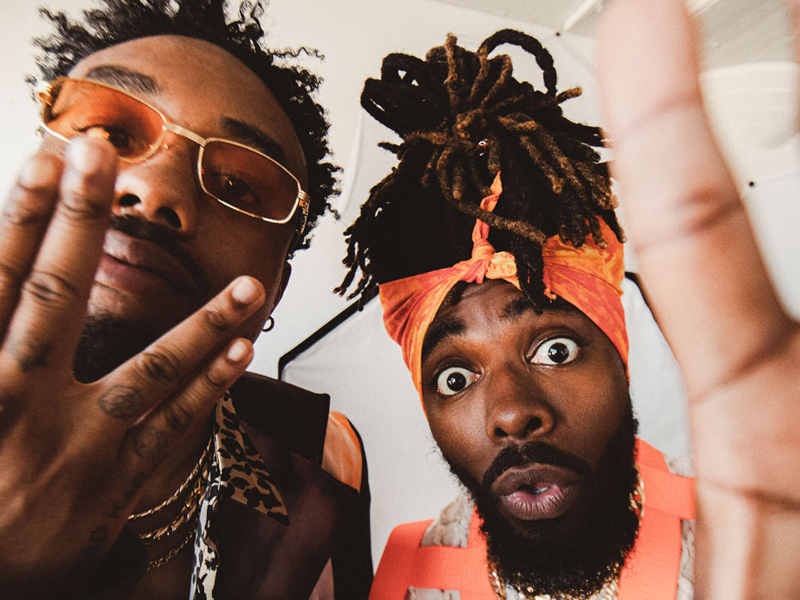 Two years later, EarthGang released its sophomore album, Strays with Rabies. The record features several artists such as Ducko Mcfli, JID, J.U.S.T.I.C.E., and many more. The duo also joined major tours as a featured guest, such as Mac Miller’s GO:OD AM tour and Bas’ Too High to Riot Tour. By 2017, EarthGang was signed by Dreamville Records and released a series of EPs. In the same year, they embarked on their first co-headlining tour in North America and Europe with fellow Dreamville Artist JID.

By 2020, the duo participated in a collaboration record by a Dreamville project called “Down Bad” with J. Cole, JID, Bas, and Young Nudy. The song was later nominated for Best Rap Performance by the 63rd Grammy Awards. Meanwhile, their song “Collide” with Tiana Major9 was nominated and won Outstanding Original Song at the Black Reel Awards 2020 and was nominated for Best Rap Performance at the 64th Grammy Awards (2021).