Underground indie emcee turned rap star Doobie comes to Stage AE on Friday 15th October 2021 for a night of grassroots hip-hop at its finest! The confessional, relateable artist will be performing a headlining set of tracks including latest single "Puzzles" as part of his Batsh*t Krazy mini tour! He'll be joined in support by a stacked line-up including DJ Hylyte, Anella Herim, and E. Sudd! 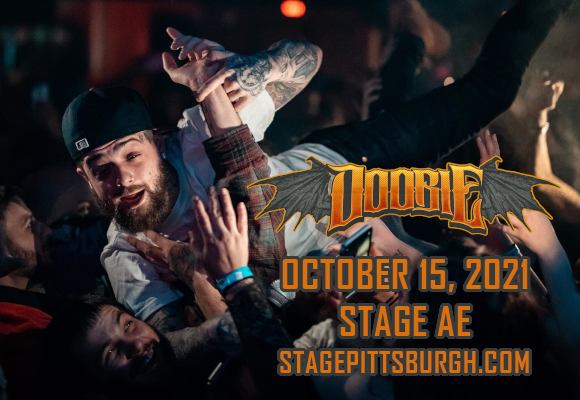 Ohio-based rapper Doobie captured the public’s attention when the video for his 2017 single When the Drugs Don’t Work went viral on YouTube, amassing over 27 million views. With his unique, rock-influenced take on hip-hop, the rising star rapper and singer creates personal, grunge-inflected tracks that navigate his struggles in life, including drug addiction from an early age. Doobie has not only come out the other side, but he has hustled on the circuit and in the studio to become one of rap’s most promising new talents, destined to go far!