Are you ready to see one of the legends of modern alternative rock?? Friday 7th June 2019 marks the day that Death Cab For Cutie return to the Stage AE in Pittsburgh, Pennsylvania. Having been active since 1997, when the musical landscape was changing plenty as is, they remain one of the most enduring contemporary rock acts of our time. Don’t miss out on your chance to catch them live – book your tickets now!! 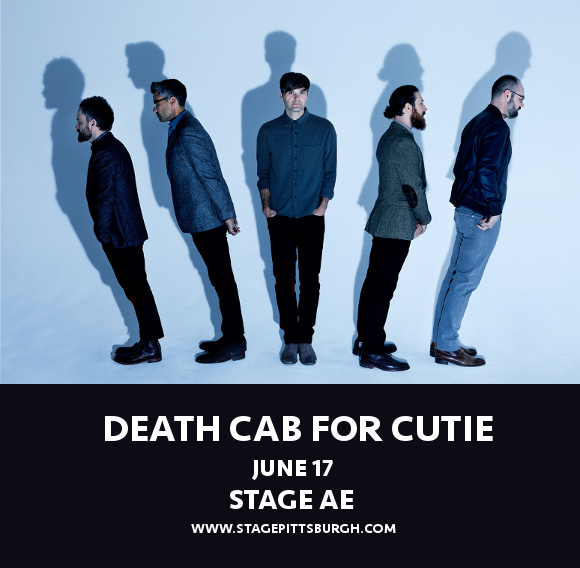 “Thank You For Today,” Death Cab For Cutie’s most recent critically-acclaimed record, is their first since the departure of original principal songwriter Chris Walla. “It’s been very liberating for me to take on the role of creative leader,” said Ben Gibbard, who has been in charge since Chris Walla left. “I guarantee you that a lot of these songs would not have ended up the way they did if Chris was still in the band. They might not have been recorded at all…I say that not to diminish his brilliance or his massive contribution to the first 16 years of this band. It’s more that I was happy to leave the studio head-butting behind.”

The new freedom of Death Cab For Cutie really shows in their latest LP – you can hear immediately upon listening that it’s come from a less angst-ridden, happier place overall. Now, get ready to experience the new Death Cab For Cutie live for yourself – book your tickets today!!