The eight-time Grammy-nominated indie favorite rockers, Death Cab for Cutie, are set to embark on a new tour as they launch a new era with the announcement of their much-awaited upcoming album "Asphalt Meadows". The band teased the new era by giving fans a taste of their new single "Roman Candles", where they take on an existential angsty vibe. Since '98, Death Cab for Cuties has rocked the world of fans across the globe with their indie alt-rock and emo anthems "Soul Meets Body" and "I Will Follow You into the Dark". With "Asphalt Meadows" right around the corner, be part of Death Cab for Cutie's new era live on stage at Stage AE on Monday, 10th of October 2022. Book your tickets now! 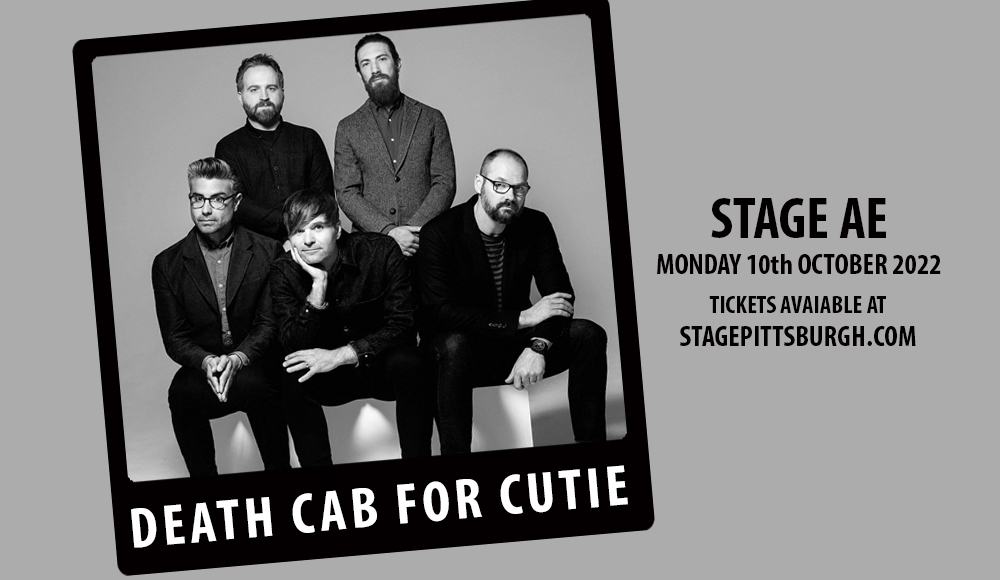 Death Cab for Cutie has announced that their new album "Asphalt Meadows" is done, scheduled for release on September 16, 2022. The band shared a new song "Roman Candles", the first single from their soon-to-be-released record, giving fans a taste of what to expect on "Asphalt Meadows".

“‘Roman Candles’ is about the crippling, existential dread that goes hand in hand with living in a nervous city on a dying planet,” the band said.

“The lyrics were cobbled from a couple of different songs dealing with my general sense of anxiety; the feeling that the fabric that weaves a functioning society together was crumbling during the pandemic,” added Benjamin Gibbard.

With nine albums on the roster and another one to be released, Death Cab for Cutie has made a mark in the indie alt-rock and emo scene. Though formed in 1997, the band broke into mainstream success in 2006 with their fifth album Plans' single, "I Will Follow You into the Dark". "Plans" was nominated for "Best Alternative Album of 2005" at the Grammy Awards.

From then on, Death Cab for Cutie amassed a global following, becoming a staple favorite in the alt-rock and emo scene.

Death Cab for Cutie's best songs and crowd-favorites throughout their career of over twenty years of emo goodness include "Soul Meets Body", "I Will Follow You into the Dark", "I Will Possess Your Heart", "Meet Me on the Equinox", "Black Sun", "Crooked Teeth", "Gold Rush", and many more.