“I’ve been waiting for my first headline tour ever since releasing ‘Hide Away’ last spring!! It’s going to be incredible. I’m so excited to design it from scratch with my team – all the lighting, production, merch, sound, and everything else that goes into a tour,” Daya wrote in her tour announcement. “I’m definitely looking forward to bringing some new songs from the record to life for the first time. But most importantly, I’m pumped to share more pieces of my artistry with my fans who have supported me from the beginning and have an amazing time with them every night!” 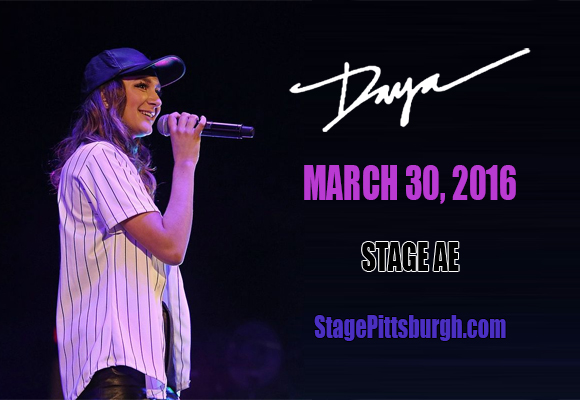 Hailing from Pittsburgh, Pennsylvania, American singer and songwriter Daya's professional music career began in February 2015, when she was invited to Los Angeles by Christina Chirumbolo and Gino Barletta to work on original material at Paramount Recording Studios. Daya released her debut single "Hide Away" on April 22, 2015, and her eponymous debut EP was released five months later. Daya featured on featured on The Chainsmokers' song "Don't Let Me Down", which eventually peaked at number 3 on the Hot 100, making the song her second top 40 entry and her first top 10. Daya's debut album, Sit Still, Look Pretty, was released in October 2016 and has generated two Platinum-certified hit singles.