Los Angeles folk-rockers Dawes will be performing their sometimes soft, sometimes gritty, West Coast tunes to Stage AE on Wednesday 12th September 2018! The band are promoting Passwords, their sixth and newest release, on which they have opted for a more mature approach both lyrically and sonically, creating a new musical direction which fans are sure to love! 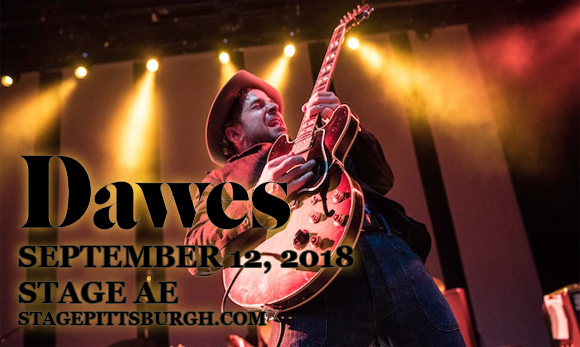 Formed in 2009 after the disbanding of Malibu post-punk band Simon Dawes, Dawes is a folk-rock group from Los Angeles, California. Picking up where Crosby, Stills, and Nash, Joni Mitchell and Neil Young left off, the group has a distinctive Laurel Canyon sound. Popular on the touring circuit, the band has also released six studio albums, Their sixth and most recent album, Passwords, was released in June 2018.