The poster boys of emo are back! Dashboard Confessional is one of the most formidable emo-alt-rock bands that rocked hard that it hurts, all too beautifully. Emo maybe tagged as merely a 'phase' in the long history of rock music, but it stood up with compelling music and iconic bands such as Dashboard Confessional. With their upcoming tour, fans are ecstatic. Dashboard Confessional are all set to perform live at the Stage AE on Saturday 7th March 2020. This is a hot ticket, and fans are on fire! Better grab yours now! 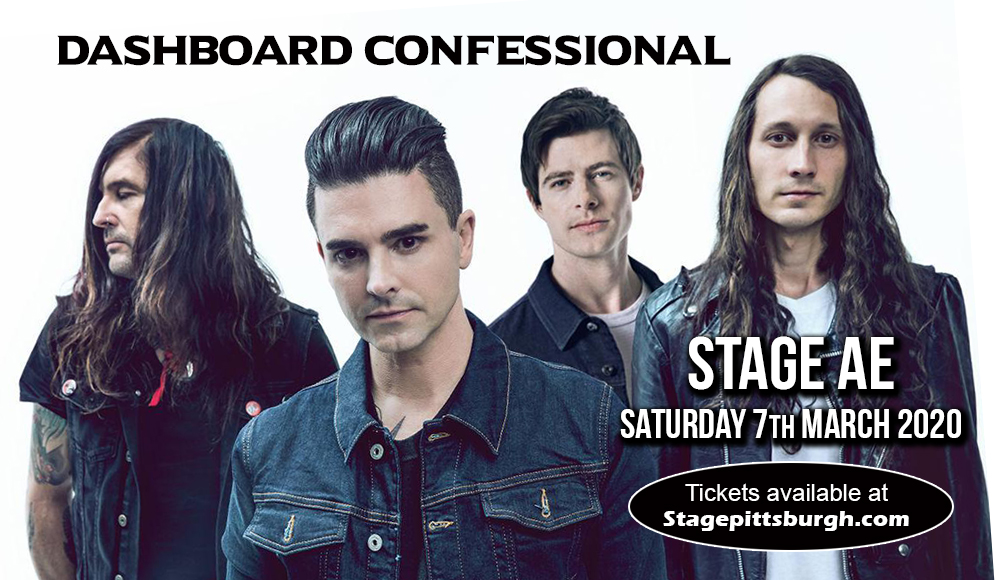 What was initially conceived as a solo-side project for singer-songwriter Chris Carrabba while taking a break from his lead vocalist duties from his band, eventually turned out to be the genesis of Dashboard Confessional. In 2002, other band members joined in so Dashboard Confessional officially became a band. With two albums releases to their name that same year, the music video for "Screaming Infidelities" won the MTV2 award at the MTV Video Music Awards, beating out Norah Jones, The Strokes, The Hives, Nappy Roots, and Musiq. The band's success pace was at full speed ahead as their third album, "A Mark, a Mission, a Brand, a Scar" peaked at No. 2 on the United States Billboard charts. In 2004, the band saw an expanded audience territory as the single "Vindicated" became part of the soundtrack of the blockbuster film "Spider-Man 2".

Dashboard Confessional had been through a number of career hiatuses and setbacks over the years, but their music never died down as fans continuously clamored for singles, albums, and tours. The wait is over! Dashboard Confessional is back to do what it does best. Catch them live at the Stage AE on Saturday 7th March 2020. Book your tickets now!