If you love the Grateful Dead, then be sure to make this show on your must-see list for the summer of 2017 as they represent the closest thing to the original with their sheer talent and dedication to the original sound, setting and fan base. Dark Star Orchestra have plenty of experience under their belts, with an impressive 2,500 shows to date! They will be bringing all of the much loved era's to life…
Book your tickets before it's too late! 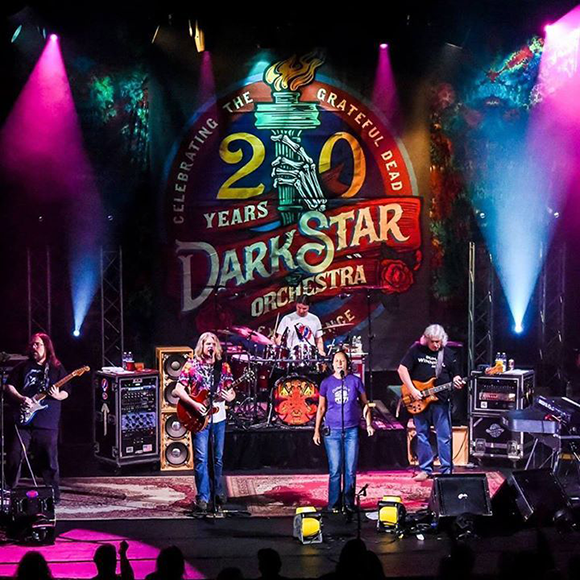 The Dark Star Orchestra are not your average tribute act, they exceed expectations in giving Grateful Dead fans a night to truly remember and hold dear to their hearts. These guys sure know how to rock the stage and leave you wanting more. Join them as they embark on a North American tour and bring the Grateful Dead's back catalogue into the present!

"Enter Dark Star Orchestra, a group of highly talented and devoted musicians who have made a nice living out being THE Dead tribute band."

"DSO is the best Dead band going. Their sound is spot on. If they’re recreating February 22, 1974, they capture the hazy, lazy sound of that era. If it’s a mid-1980s show, Dark Star nails down the speedy, more up-tempo sound the Dead had.
Simply put, you cannot get the true sound and essence of the Grateful Dead today anywhere more than a Dark Star Orchestra show."