LADIES!!! Who's up for some empowering music from two phenomenal, award-winning female singer/songwriters? Colbie Caillat & Christina Perri are teaming up for a night of girl power – songs that will touch your soul and make you wanna dance! The Girls Night Out, Boys Can Come Too Tour comes to Stage AE on Sunday 12th July and it's going to be awesome! 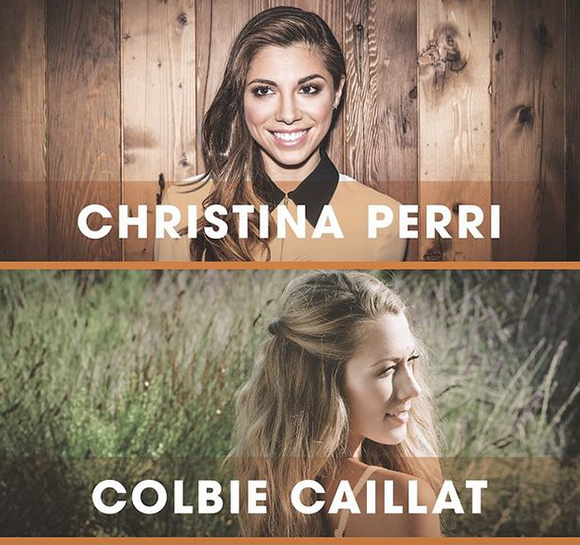 Launched by the release of her debut single "Bubbly", which peaked at number five on the US Billboard Hot 100 and number two on the Pop 100, Colbie Caillat's career is going from strength to strength. The California native released her debut album Coco in 2007, which hit #5 on the Billboard Top 200 Albums chart upon release, and was certified 2x platinum by the RIAA. Collaborations followed for Caillat, whose duet with Jason Mraz, “Lucky”, won her a Grammy Award, as did her contributions to Taylor Swift's album Fearless. Since then, Caillat has continued to release critically and commericially successful albums, with her sophomore record Breakthrough reaching #1 in the Billboard Top 200 Albums chart. To date, she has sold over 6 million albums worldwide and over 10 million singles, and in 2009, was named Billboard magazine's 94th-best-selling music artist of the 2000–2009 decade.

Christina Perry's breakthrough came in 2010, when she was asked to perform her song “Jar of Hearts” on the Fox show So You Think You Can Dance. Following its exposure on the show, "Jar of Hearts" sold 48,000 digital copies in its first week, debuting on the Billboard Hot 100 at #63 and reaching #28 on Billboard 's Hot Digital Songs, peaking at #17 on the Hot 100. Following the success of "Jar of Hearts", Perri signed a deal with Atlantic Records on July 21, 2010. She released her debut album, Lovestrong, in 2011. Her single "A Thousand Years", which appeared on the soundtrack of The Twilight Saga: Breaking Dawn – Part 1, has been certified 4× platinum with over 4 million sales in the US alone since its 2011 release.