If you missed them last year, fear not – Coheed and Cambria are on tour once again in 2018!! Joining them on the road are pop punk band Taking Band Sunday!! They’re on their way to the Stage AE on Sunday 22nd July 2018! Don’t miss out – tickets are bound to sell fast so grab yours now! 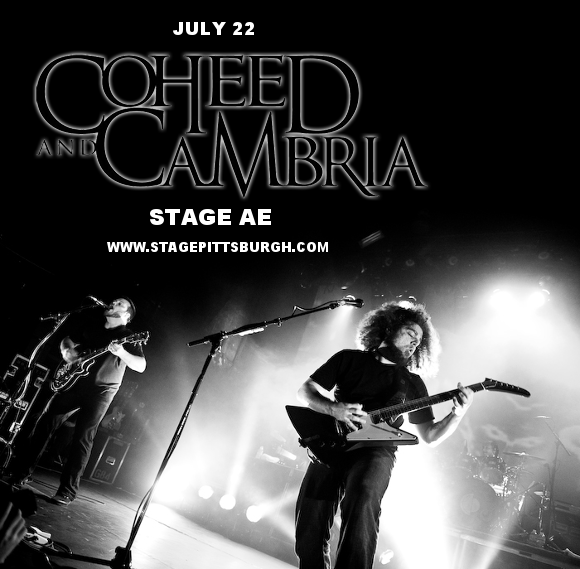 Coheed and Cambria’s last release, “The Colour Before The Sun,” unusually for them, a non-concept album, was released in 2015, and no plans have been officially been announced yet for another – the tour is expected to focus on the band’s entire – and enormous – discography. As for Taking Back Sunday, they’ll be plugging their latest LP, “Tidal Wave”. The bands have expressed enthusiasm about doing their very first tour together; “It’s funny, we’ve been friends all of this time but we’ve never done a full tour together,” said Mark O’Connell, drummer for Taking Back Sunday. “We ran into each other at some festivals last year and got to talking about it and here we are.”

We can hardly wait to hear these two epic bands live – can you?? If not, then don’t wait about, because tickets won’t last – get yours while you can!!