Fans of solid, down-to-earth performers, look no further. Country/bluegrass singer-songwriter Cody Jinks, backed by his band the Tone Deaf Hippies, comes to Stage AE on Thursday 29th June 2017!! Tickets are fast flying for this incredible show – don’t delay in buying yours!! Click the “Buy Tickets,” button above to get yours today!!! 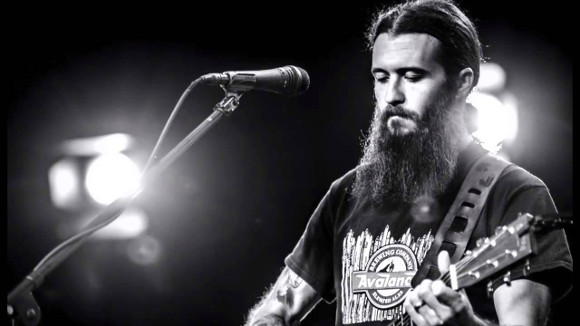 Originally part of a thrash metal band named Unchecked Aggression, Cody Jinks began to explore country music – the music he grew up with – in 2005, after Unchecked Aggression disbanded in 2004. His first full-length debut “I’m Not The Devil,” entered Top Country Albums chart at number 4, and sold 11,300 copies in the first week.

Since then he’s earned a devoted and loyal fanbase, who love him for his authentic, pure, and honest songs, often taking an introverted, personal approach and speaking about his own life experiences. His work connects with young and old alike, the classic country sounds and deep heartfelt experiences resonating with all. That’s not to say that this is going to be a quiet gig – Cody Jinks’ music, as well as it’s emotional side, is also fun, energetic, and enthusiastic. The Tone Deaf Hippies are simply full to the brim with talent. With fast-paced riffs, sick steel-slide guitar and of course killer songs, they’ll have you dancing and singing along with everything you’ve got!!

Cody Johnson released a beautiful cover of Pink Floyd’s “Wish You Were Here,” in January – with any luck, a hint at brand new material to come later this year!!