Chicago gansta rapper Chief Keef comes to Stage AE on Tuesday 21st February 2017 in support of his new mixtape Two Zero One Seven! Expect some serious rhymes and dope beats from this gritty MC, who's racked up collabs with names like Kanye West, Pusha T, Jadakiss and Big Sean! It's gon' be ill! 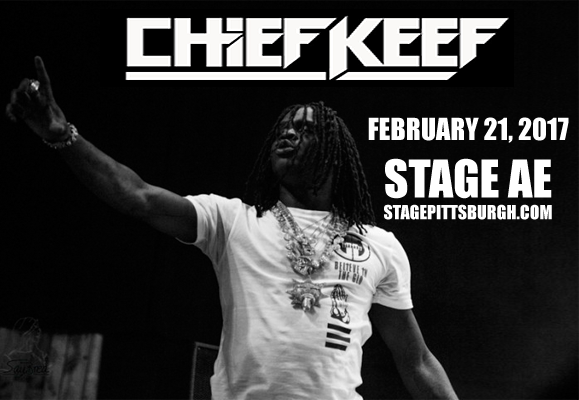 Chief Keef is an American rapper and record producer who began his career in music making videos from home during his teenage years that gained popularity through the internet, leading to a bidding war between major labels. Keef signed to Interscope records in 2013, after the release of his debut album Finally Rich, and later signed to 1017 Brick Squad. Eventually, Keef became the CEO of his own record label, Glory Boyz Entertainment, which later developed into Glo Gang. Despite rumors of retirement, Keef released a 17-track mixtape Two Zero One Seven in January, 2017.