They may have gone off the radar for quite some time, but Chevelle not only returns with new music and album but with a headlining tour to boot! Hard-Nu Metal-rock band Chevelle resurfaces with their ninth studio album, titled N.I.R.A.T.I A S (aka “Nothing Is Real And This Is A Simulation”) and a concert tour de force which includes their highly anticipated gig at the Stage AE on Sunday 21st November 2021. The album has hit the #1 spot on the Billboard Alternative Rock charts, so the buzz is definitely real. Revel with Chevelle! Loyal fans would surely round up for this so better get your hands on this hot ticket — right here, right now! 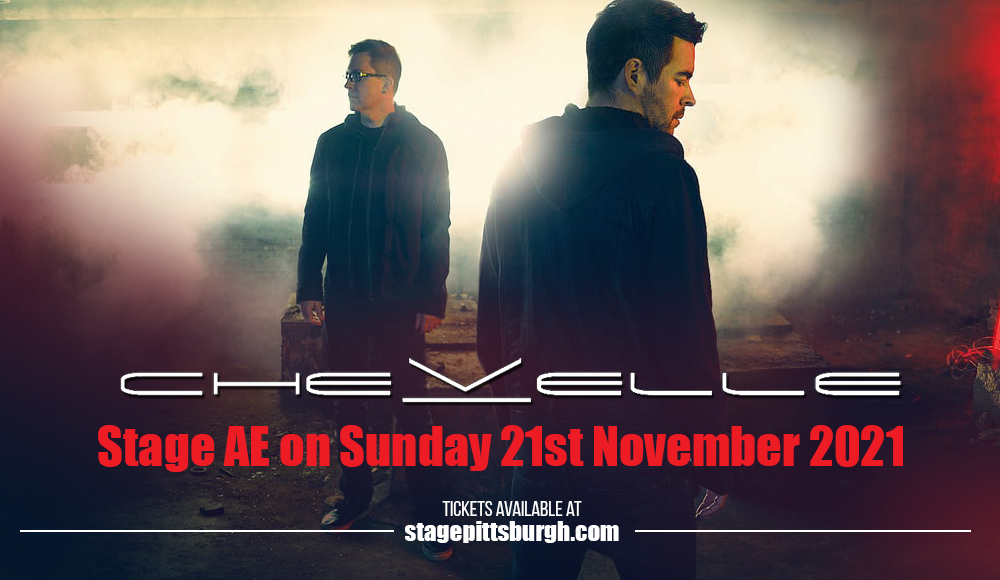 “It’s been a while since we’ve had any new music, so you know it feels good to finally have something coming out!” the band says. “2021 has just begun and there is no time for slowing down.”

It took them five years to finally unleash new music but fans undoubtedly feel it was all worth the wait. Chevelle dropped their ninth studio album this year –N.I.R.A.T.I A S — an acronym for “Nothing Is Real And This Is A Simulation”, and Chevelle has officially announced that they're hitting the road for a series of headlining shows. The new album proved to be one of the most hotly anticipated releases as it hit the #1 spot on the Billboard Alternative Rock charts.

Chevelle is literally a band of brothers who formed in Grayslake, Illinois, in 1995. Their debut album, "Point #1" was released in 1999, yet Chevelle has hit the ground running with their second album, "Wonder What's Next" (2002), which was certified double platinum by the RIAA after its debut at No. 14 on the United States albums chart, Billboard 200. Chevelle has released nine studio albums to date, four of which made it into the Top 10.

Chevelle is going live and loud! Book your tickets now!