"One Call Away" sensation Charlie Puth is hitting the road on his debut headlining US stint, and he's coming to Stage AE on Wednesday 19th October 2016! The We Don't Talk Anymore Tour is in support of his recent album Nine Track Mind, and will see the singer performing his stunning pop-soul hits to an enraptured audience! 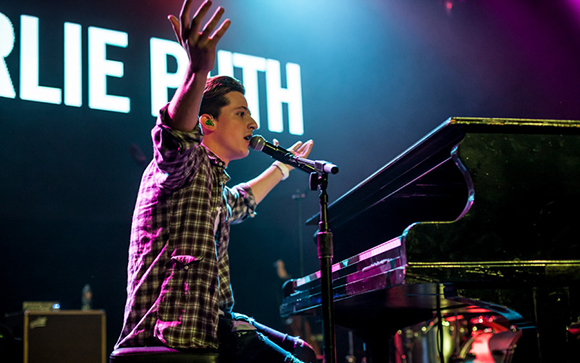 American singer, songwriter, arranger and producer Charlie Puth found notoriety through his YouTube posts, which went viral. After releasing two EPs as an independent artist (The Otto Tunes (2010) and Ego (2013)), Puth signed with Atlantic Records in 2015. His debut single “Marvin Gaye”, featuring guest vocals from Meghan Trainor, has been certified 2× Platinum in Australia, topping the charts in New Zealand, Ireland, and the United Kingdom, and peaking at number 21 on the US Billboard Hot 100. He wrote, co-produced, and was featured on a song with Wiz Khalifa, "See You Again", and Puth's debut album Nine Track Mind was released on January 29, 2016.