No need to travel far and wide. The Blues Traveler are coming to a venue near you. But wait, there's more! Tagging along with them are their musical cohorts –The Wallflowers & G. Love And Special Sauce. Definitely an out-of-the-ordinary concert treat for fans who love the blues, alternative, funk, and everything in between. The word is out, the free-spirited vibe is floating around, and fans from all over are diving into this momentous opportunity to see these bunch of ultra-talented artists live and in the flesh. Catch the wave! Get your tickets now! 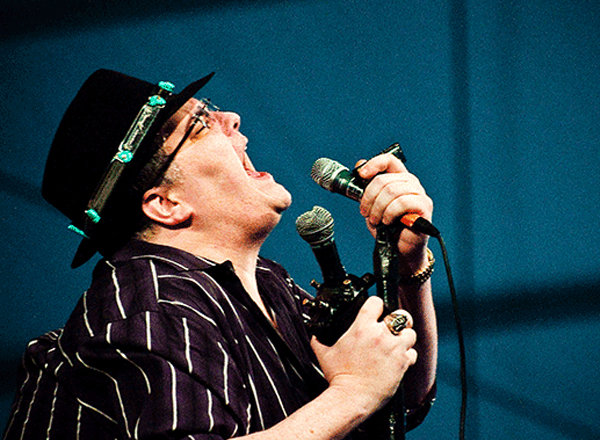 John Popper and Brendan Hill from Princeton, New Jersey, USA formed what we now know as 'Blues Traveler', way back in 1984. This American rock, blues, and jam band originally went under the moniker The Establishment. Their major mainstream breakthrough came through their fourth full-length album "Four", released in 1994. Despite of initial poor album sales, the single "Run-Around" ran away with a Grammy Award in 1995, propelling the album "Four" to a spot on that year's best-sellers charts. The band is still active on the recording and touring scene. Their current line-up include singer and harmonica player John Popper, guitarist Chan Kinchla, drummer Brendan Hill, bassist Tad Kinchla, and keyboardist Ben Wilson. Tad Kinchla and Ben Wilson joined the band following the death of original bassist Bobby Sheehan in 1999.

Performing alongside Blues Traveler are The Wallflowers, formed in 1989 by singer-songwriter Jakob Dylan and guitarist Tobi Miller. The Wallflowers cover a large scale of influence over the 90s alternative rock music scene. They are best-known for their hit singles "One Headlight", "Heroes," and "6th Avenue Heartache". The band has bagged two major Grammy Awards: Best Rock Performance by a Duo or Group with Vocal and Best Rock Song for their song "One Headlight" in 1998. Rolling Stone's list of the 100 Greatest Pop Songs include "One Headlight" at the number 58th spot.

And adding a unique flavor to this show is G. Love & Special Sauce. This alternative hip-hop band will throw-in their unique, “sloppy” and “laid back” blues sound into the brew. Formed in Philadelphia, Pennsylvania, the band is composed of Garrett Dutton, better known as G. Love, Jeffrey Clemens on drums, and Jim Prescott on bass.