Bloc Party are bringing the hype this Summer on their 2016 North America tour. The guitar driven popular group will be showcasing brand new material as well as all the classic tracks such as "Helicopter," "Banquet, "This Modern Love," plus so many more! Get your hands on tickets for you and your friends and get ready to rock! 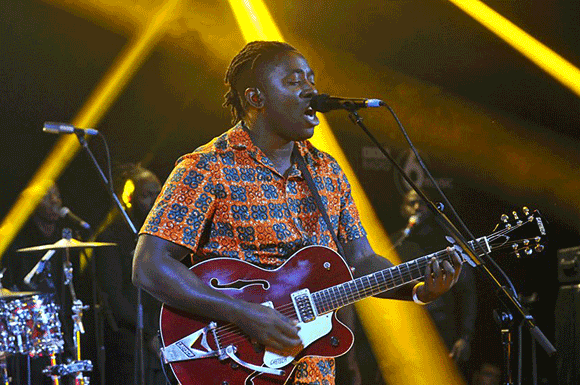 "Bloc Party are officially back after a hiatus that saw their bassist and drummer replaced with Justin Harris and Louise Bartle respectively. Charismatic frontman Kele Okereke tells the crowd that the band are more than ok if the crowd ignore the MC's request to not grab MTV’s flying cameras overhead, before they light the room up with ‘Mercury’, a welcome flashback to their 2008 album Intimacy."

Bloc Party are often considered as 'Indie Legends' – back in 2005, the band hit the mainstream for the first time with their debut album Silent Alarm, featuring some of their biggest and well-known songs. The record was titled Indie Album of the Year at the 2006 PLUG Awards and NME Album of the year and within just a few months certified platinum in the UK!

10 years on, 3 albums later, Bloc Party are back to transform their classics into masterpieces, working with new members and even a choir to give them a fresh revamped sound.