Platinum-selling, Grammy, ACM and CMA nominated artist Billy Currington comes to Stage AE on Thursday 6th April 2017 as part of his Say Up 'Til The Sun Tour! After the success of last year's debut headliner tour, Currington is taking to the road again, hitting up even more venues and giving us a taste of his country charm – don't miss this show! 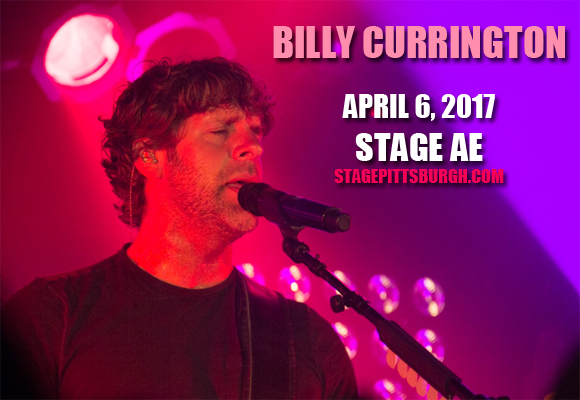 Billy Currington made his name on the country circuit bank in 2003 with the release of "Walk a Little Straighter". Since then, Currington has released six studio albums on Mercury Nashville Records : Billy Currington (2003), Doin' Somethin' Right (2005), Little Bit of Everything (2008), Enjoy Yourself (2010), We Are Tonight (2013), and Summer Forever (2015). Currington has also had seventeen singles on the Billboard Hot Country Songs and Country Airplay charts, including ten number one hits; "Must Be Doin' Somethin' Right", "Good Directions", "People Are Crazy", "That's How Country Boys Roll", "Pretty Good at Drinkin' Beer", "Let Me Down Easy", "Hey Girl", "We Are Tonight", "Don't It", and "It Don't Hurt Like It Used To".