Hurricane Bianca rages on as the self-proclaimed "clown in a gown" Bianca Del Rio comes to Stage AE on Friday 23rd March 2018! The season 6 Ru Paul's Drag Race winner embarks on her worldwide Blame It On Bianca Del Rio Tour this summer, and no-one is safe from her acerbic wit! Don't miss the queen of takedowns as she brings her salty sass to the stage – things are going to get hilarious! 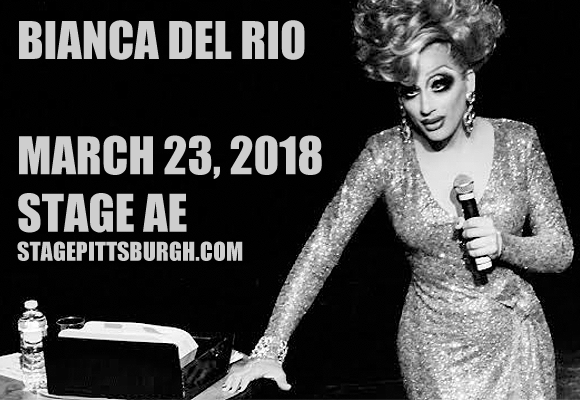 Bianca Del Rio (aka Roy Haylock) is an American actor, drag queen, insult comedian, and costume designer best known for winning season six of Ru Paul's Drag Race. Haylock first began performing in drag in 1996 in the play Pageant, and went on to perform in local shows as Bianca, winning the New Orleans Gay Entertainer of the Year three times. Upon moving to New York City after Hurricane Katrina, Del Rio began performing weekly shows at various NYC clubs, often with Lady Bunny, and was featured in the web series Queens of Drag: NYC by gay.com in 2010. Bianca's big break came in 2013 when she was crowned the season six winner of Ru Paul's Drag Race, becoming the first Hispanic Drag Race winner. That year she also starred in the film Hurricane Bianca.