It's been a long time coming, but hip hop supergroup Beast Coast are finally heading out on their debut tour, and it's gonna be dope AF! Joey Bada$$, Flatbush Zombies, The Underachievers, Kirk Knight & Nyck Caution will be storming Stage AE on Sunday 18th August 2019 with hot new tunes like their serious banger "Left Hand" as part of their Escape From New York! This Brooklyn rap posse are not to be missed! 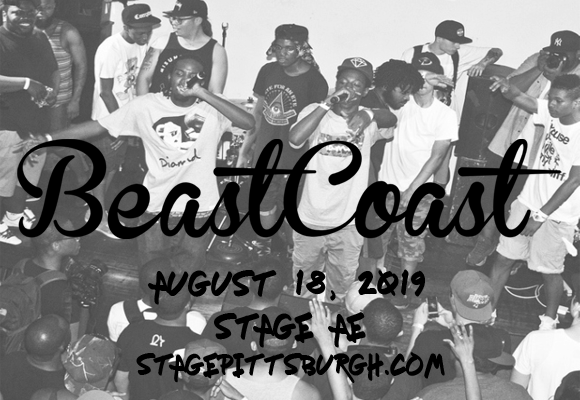 Hailing from New York, Beast Coast is a hip hop collective that made its debut in 2013, and features members of Pro Era (Joey Bada$$, Nyck Caution, Kirk Knight and CJ Fly), Flatbush Zombies (Meechy Darko, Zombie Juice and Erick Arc Elliott) and the Underachievers (Issa Gold and AK The Savior).