Metalcore punk-rockers Beartooth bring the carnage to Stage AE on Wednesday 26th September 2018! The group, who are known for their intense sound and aggressive stage shows, are hitting the road to promote Disease – their upcoming release that drops in September! Fresh off the Vans Warped Tour and ready to rock, you know Beartooth are gonna get heavy! 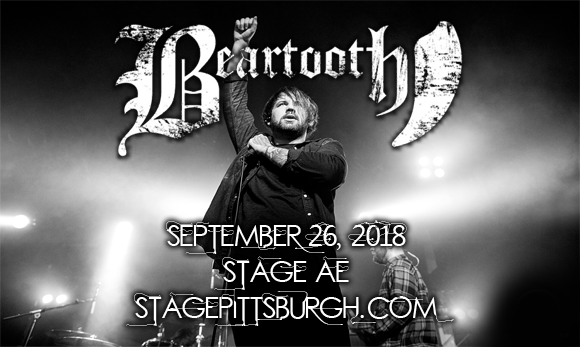 American hardcore punk band Beartooth hails from Columbus, Ohio and was formed in 2012 by frontman Caleb Shomo. Signed to Red Bull Records in 2013, the band released its debut EP, Sick, in July of that year, followed by their debut full-length album, Disgusting, in June 2014. The group released its second studio album, Aggressive, in 2016 and their third studio album, Disease, is slated for release in September 2018 and contains the songs the singles "Infection", "Disease", and "Believe".