Badflower: This Is How The World Ends Tickets

Are you ready to find out? This Is How The World Ends, the brand-new album from Badflower is coming soon, just two days after this gig, you could be in the first few to hear it, and you get it live! Badflower, This Is How The World Ends Tour at Stage AE on Wednesday, September 22nd 2021 with very special guests Teenage Wrist and Dead Poet Society. This will be the second album from Badflower, following on from their wildly popular, OK, I’m Sick, from 2019 which was absolutely filled with hits, this new album looks to be even better, grab your tickets now! 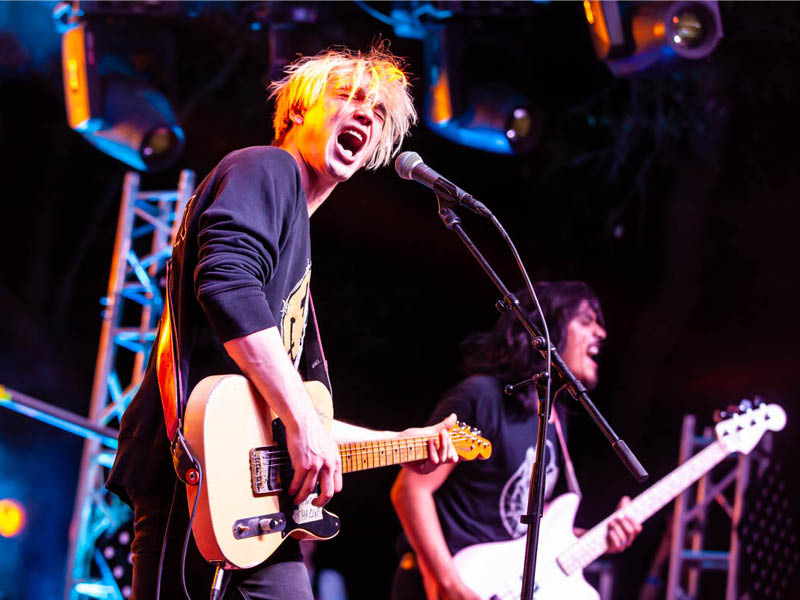 Hard rock band, Badflower from Los Angeles, California are, lead singer and guitarist Josh Katz, lead guitarist Joey Morrow, bass guitarist Alex Espiritu and drummer Anthony Sonetti. Their debut studio album, titled OK, I'm Sick, was released in February 2019, coming in at number 10 on the Top Alternative Albums, number 22 on the Top Rock Albums charts, and 140 on the Billboard 200 with Loudwire naming it one of the 50 best rock albums for 2019.
Badflower’s brand-new album, This Is How The World Ends, is expected to drop on September 24th 2021, and it features the recently released single, “Family.” Discussing the track, Josh Katz revealed, “This song is very important to me. I’ve spent a lot of years of my life trying to understand certain qualities about myself. Why I constantly distance myself from the people I care about the most. Why interacting with my family feels so uncomfortable as an adult. I hope the song helps someone else with similar issues on either end. As a way to start the conversation or even just inspire people to be a little more mindful of the people we love and who love us. Especially now in these insanely divided times. We could all use a reminder. Families and friendships are so important.”