Once again, Stage AE brings you the very best in epic entertainment as August Burns Red comes to blow the crowd on Sunday 7th January 2018, you can grab the chance to be there! A show that will undoubtedly leave you wanting more, come see August Burns Red, the highlight of your year! Get your tickets fast, before they go – on sale right here, right NOW!!! 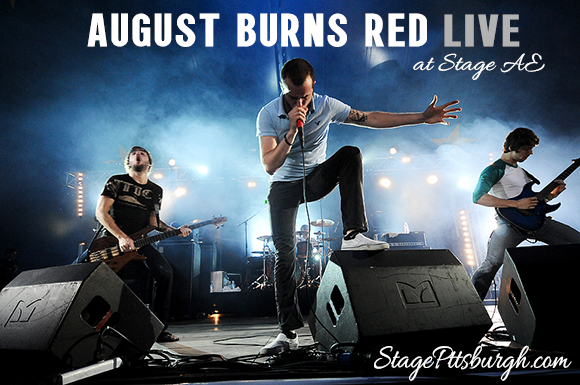 THE METALCORE ROCKERS ARE HITTING THE ROAD!

August Burns Red are taking to the stages across North America for the Winter, giving their fans the opportunity to catch them live in concert! Of course led by Jake Luhrs, and members including; Rhythm guitarist Brent Rambler, lead guitarist John Benjamin "JB" Brubaker, bassist and keyboardist Dustin Davidson, and drummer Matt Greiner.

With their incredible triumphs such as being nominated for the 2016 Grammy Award for Best Metal Performance, their track "Identity" received great feedback from the charts, fellow artists and fans alike.

Get ready for one of the biggest highlights, right at the start of the year, don't miss out!

"Now, over a decade later, ‘Messengers’ is still one of the most prolific and well-respected albums in the genre, hands-down. Through that time, they’ve tried a lot of different things with their music but it all seeks to capture the essence of who they are as a live band."