August Burns Red & Between the Buried and Me Tickets

Two titans of titans of the metal world, metalcore monsters August Burns Red & prog metal masters Between the Buried and Me, are teaming up for a mighty co-headlining tour that will be nothing short of epic! The trek sees support from death metal screamers The Faceless and young blood on the scene, Good Tiger! The bands will be heading to Stage AE on Saturday 9th April for a night of powerful, heavy music that will leave you feeling alive! 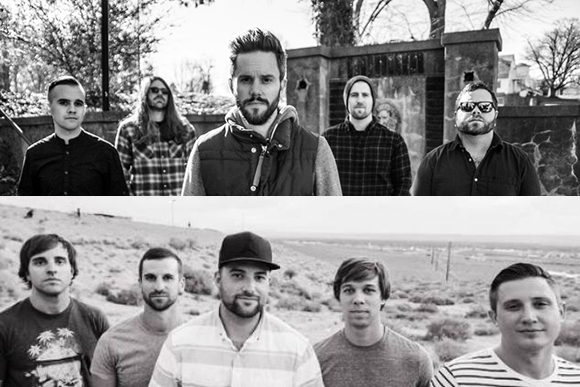 Started in Manaheim, Pennsylvania in 2003, August Burns Red are a metalcore band who met in high school. Their first EP, Looks Fragile After All, was released with CI Records in 2004 and, after a change of lead vocalist and a move to Solid State Records, their debut album, Thrill Seeker, followed in 2005. Their following three LPs peaked at number 1 in the US Christian chart, as did their most recent. The band has released six studio albums with Solid State Records, and their 2015 release, Found in Far Away Places, was their first with the label Fearless Records. On December 7, 2015 August Burns Red was nominated for a Grammy Award in the Best Metal Performance Category.

American progressive metal band Between the Buried and Me formed in Raleigh, North Carolina in 2000 from the ashes of a previous band called Prayer For Cleansing. Their eponymous debut album was released through Lifeforce Records in 2002, and caught the attention of Victory Records who went on to sign the band and reissue the album in 2004 as an enhanced CD. They have released a total of seven studio albums, as well as an EP, a cover album, and two live DVD/CDs, the majority of which came out with Victory Records, but the band has been signed to Metal Blade since 2011. Their most recent LP, Coma Ecliptic, is a rock opera concept album released in 2015, and it peaked at number 1 in the US Billboard Top Rock Albums, Top Heavy Rock Albums and Top Tastemaker Albums charts.