Andrew McMahon in the Wilderness Tickets

Are you ready for Andrew McMahon in the Wilderness?? That’s right, the phenomenal indie-rock songwriter is about to hit the road with his exciting upcoming album, “Upside Down Flowers”. Coming to the Stage Ae live on Sunday 24th February 2019! If you live in Pittsburgh, you can’t miss it – if you live elsewhere, make the trip in – we can promise it’ll be worth it!! 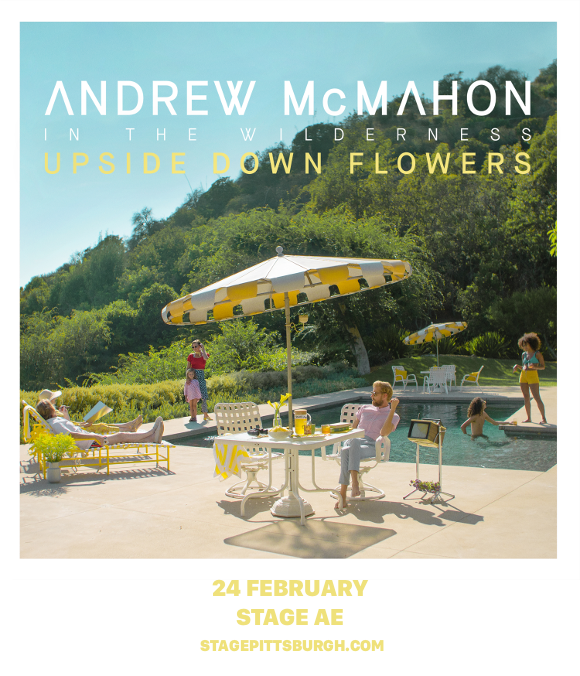 Establishing his music career with the band Something Corporate in high school, Andrew McMahon went solo soon after and formed the stage moniker Andrew McMahon in the Wilderness, releasing the highly successful albums “Andrew McMahon in the Wilderness,” and “Zombies On Broadway,” in 2014 and 2017 respectively. The new album, scheduled for release on November 16, has been preceded by the new single and video “Teenage Rockstars,” a clear message to all McMahon’s younger fans. “I don’t think anyone is ever ready for their dreams to come true. I know I wasn’t,” the singer said, when asked about the song and its meaning. “All I’ve ever wanted to be was a songwriter. When I finally got the chance, it happened so fast, I didn’t fully appreciate how lucky I was. I dedicate this song to every kid out there wondering if it’s okay to dream of being a rockstar. I say ‘f***ing dream!’”

Watch the video for “Teenage Rockstars,” below – but don’t wait about too long to get tickets! Book your space at the Andrew McMahon in the Wilderness concert NOW while you still have the chance!!