Can't get enough of Amigo the Devil pushing the boundaries of this generation's country, Americana, and traditional folk music? Well, you are in for a treat as Danny Kiranos' brand of "Dark Folk" tunes will be heard live this 3rd of November at Pittsburgh's Stage AE. Catch the 35-year-old eccentric singer-songwriter as he performs his songs that are usually filled with themes of murder, death, and other dark subject matters. Sing along to hits, such as "Hell and You," "Cocaine and Abel," Dahmer Does Hollywood," and many others. With a supporting act by the American bluegrass-influenced folk band Trampled by Turtles, Amigo will make a friend out of you in this highly-anticipated show. Get your tickets now by clicking the "Get Tickets" link. 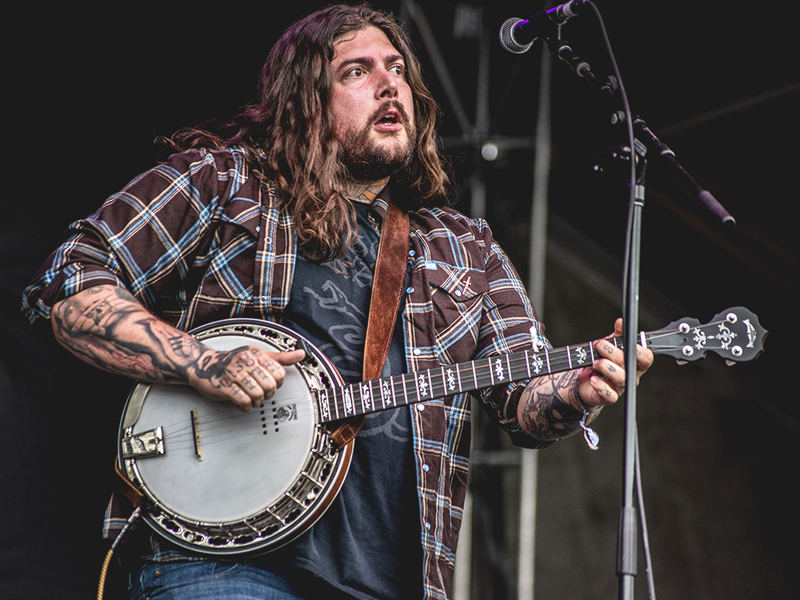 Danny Kiranos, best known for his stage name Amigo the Devil, combines the influences of American folk, country, rock, and heavy metal with dark themes such as murder and death. Because of this fusion, his music has been dubbed "Dark Folk" or "Murderfolk."

He began playing the guitar when he was fourteen, and at sixteen, he formed a band with friends. His exposure to a career in music began when he started touring around Florida with this group.

In 2017, he released the debut album "Volume 1." This was followed by "Everything is Fine" in 2018. The sophomore album is said to be the album that put his career on an upward trend. Jake Walters of EVERYTHINGISNOISE.NET commented on its artistry: "While some acts can dizzy with sonic diversity or massive walls of sound, he [Amigo the Devil] manages to have the same effect with clever lyricism and sheer bravery. At this point, there is simply no denying that this is one of the most talented and unique acts in the modern folk scene."

His latest album "Born Against," which came out in 2021, also received positive reception. Ian Corbridge of Louder than War praised its innovation: "Amigo The Devil's second album, Born Against, once again pushes the boundaries of traditional folk, Americana and country music to their limits. Ian Corbridge is in no doubt that this masterclass in storytelling is one of the great albums of 2021 as Amigo's mixture of dark, macabre and humorous tales and haunting soundscapes take you on a rollercoaster ride of emotions."

In his tour this year, he will be coming to Stage AE in Pittsburgh, Pennsylvania, on Thursday, November 3. He will support the Trampled by Turtles, a band known for their bluegrass-influenced folk music.