If you are suffering for lethargy, restlessness, or just plain boredom, you're party doctor will definitely prescribe the happy dance party pill known as ALUNAGEORGE. You're not the only one who is in need of this 'cure'. Hordes of EDM party fans are on the run to hoard tickets for themselves and for the whole party squad. Don't let you and your gang suffer the fate of being left behind. Go and grab your tickets now! 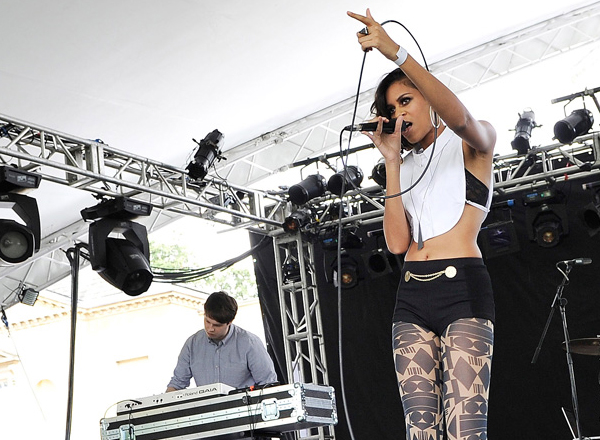 Aluna Francis on lead vocals and songwriting chores and George Reid at the helm of production and instrumentation. This dynamic electronic music duo goes by the moniker AlunaGeorge. Aluna's "almost child-like", organically emotional, souful, and heartwarming vocals perfectly melds and gently chisels through the pulsating electronic beats of George's futuristic pop sound. The duo started gaining attention from prestigious music critics when they were part of the shortlist of nominees for the 2013 BRIT Award of Critics' Choice. That same year, they also earned a nomination and bagged the second place in the BBC's Sound of 2013 polls.